The world is in turmoil. There is weeping and wailing in many homes. An invisible force is sweeping mercilessly across nations. It respects no one, it takes no prisoners. It has exposed the limits of medical science and human knowledge. It has brought pompous, arrogant leaders to their knees.

Yes, it is a time for demystification of those hitherto thought to be the new stars in the firmament. These unusual times have also reinforced our trust and confidence in some leaders who have selflessly been reinventing their countries/subnational states, changing the mind-sets of the people, and investing in health, education and the environment. The COVID-19 pandemic has offered such leaders another unique opportunity to deepen their engagement with the people, awaken their consciousness and lead them into battle against the deadly virus.

Governor Aminu Waziri Tambuwal of Sokoto State is leading from the front in the battle against the invisible, deadly and rampaging enemy. His approach has been methodical, evidence -based and participatory. With the Corona Virus Pandemic at its peak in China and Nigeria recording its first index case, the Action Governor wasted no time in rallying his medical and environmental”troops” to battle. He set up an inclusive State COVID-19 Task Force and Emergency Response Committee under the chairmanship of the soft spoken, innovative and resourceful Commissioner for Health, Dr. Ali Inname.

The Governor charged the Committee with the responsibility of critically assessing the COVID-19 situation in the state and accordingly advice the state government on immediate, short term and long term measures to be taken to ensure either a COVID-19 – free Sokoto State or a well prepared Sokoto State that can take proper care of COVID-19 patients. The Committee wasted no time in swinging into action. In no time it turned in its assessment.

On the basis of its assessment, the state government took immediate steps. It set up an Isolation Center at Amanawa Infectious Disease Hospital, and a Holding Centre at the Specialist Hospital, Sokoto. Primary, secondary and tertiary institutions were closed immediately. For ease of coordination and to ensure operational effectiveness and efficiency, the State Task Force set up an Emergency Operations Centre. Sub-committees on Emergency Response have also been created in the 23 local governments of the state.

In order to ensure that the people are carried along in all the measures taken, Governor Tambuwal convened a Special Sokoto State Stakeholders Meeting that had in attendance His Eminence, Saad Abubakar, traditional and religious leaders, health experts, prominent community leaders, security agencies, youth and women leaders. Shortly after the stakeholders meeting, Governor Tambuwal, in a statewide broadcast, ordered the closure of boundaries with other states. Civil servants below grade level 12 were asked to operate from their homes. He also banned all large gatherings.

Traditional and religious leaders have since embarked on campaigns to create awareness on the dangers of large gatherings and the need for personal and environmental hygiene. Though many people have heeded the advice to avoid large gatherings, challenges remain.

The youths of Sokoto State have also stepped forward to be counted in the battle against COVID-19. Special Adviser to the Governor on Youth Matters, Nuradden Harande Mahe, in collaboration with the Ministeries of Health and Environment, organized a massive sensitization campaign on the COVID-19 pandemic. The hugely successful campaign raised the awareness of the people on the consequences of not taking precautionary measures against the pandemic. The message was sharp and clear: take urgent steps to protect yourselves now or it may be too late.

Like the saying goes, necessity is the mother of invention. Sokoto State has turned the COVID-19 crisis into an opportunity to reinvent its local production capacity. The Minstry of Health, through the Pharmaceutical Services Department, has commenced the mass production of hand sanitizers. Hand sanitizers are now being distributed across the state. A giant step in the battle against the dreaded virus.

The State Task Force has been carrying out statewide training and retraining of health workers and other critical stakeholders, as well as intensifying public enlightenment. The Task Force has also commenced the training of 20 ambulance drivers on risk management. On completion of their training, the drivers will be assigned the responsibility of evacuating COVID-19 patients to isolation or holding centers. The selected drivers will also step down the training to other drivers in the state.

The Task Force sees the media as critical to an effective war against COVID-19. To this end, it held a Strategy Meeting with Chief Executives of State Media Organizations to find ways of intensifying the awareness campaign on COVID-19. Decisions reached at the meeting are being implemented. Awareness is increasing.

One stand -out proactive measure being implemented by the Task Force is the tracking of all returnees from abroad or states affected by COVID 19 in order to screen and possibly test them. This measure has the potentials of keeping Sokoto State free from community transmission.

To complement the efforts of the Task Force, the Sokoto State Ministry of Environment under the leadership of the young and dynamic Hon. Sagir Attahiru Bafarawa has mounted a massive “Operation Clean Up and Sanitize Sokoto State.” It is using the latest backpack sprayer to kill germs, harmful insects and to prevent the spread of infectious diseases in the state. The operation can be likened to a war. They are attacking the unseen enemy with uncommon zeal.

Governor Tambuwal’s mettle as a leader is being tested in this time of crisis. He has remained calm. He engages and communicates effectively with the Task Force and the people of Sokoto State. He is working assiduously to upscale Sokoto State’s COVID-19 preparedness, while at the same time pursuing his Health Sector Revitalization Programme.

COVID-19 will become history one day, but we must rebuild our healthcare system and prepare for other health emergencies. That is Governor Tambuwal’s vision. That is the task he has signed up for. Sokoto State is in safe hands.

END_OF_DOCUMENT_TOKEN_TO_BE_REPLACED 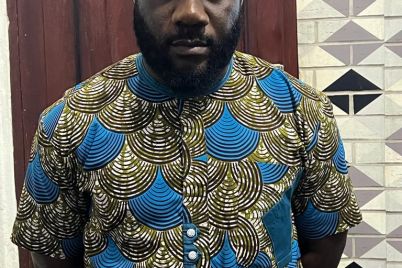