Some youths in the All Progressives Congress (APC) in Ekiti State, under the auspices of Ekiti APC Youths Congress (EAYC), have described the food items distributed as Covid-19 relief package by the Senator representing Ekiti South Senatorial district, Biodun Olujimi as Greek gift.

The APC youths said even though the Covid-19 pandemic is beyond partisanship, Senator Olujimi cannot be said to have in good conscience, taken food items to APC secretariats in Ekiti South without first distributing relief package to members of her own party, PDP. Or does she now love members of our party more than her own party members?

According to a press release issued by the youths today, and jointly signed by Mr. Tope Ogunkuade and Comrade Tunji Adeleye, EAYC Convener and Secretary respectively, some leaders of the APC in the state, especially Governor Kayode Fayemi, will one day explain to the party members, especially those in Ekiti South how they traded Prince Adeyeye’s mandate, sold it to Senator Olujimi and are now celebrating peanuts from her as relief package.

They said it is an insult for someone who used her manipulative ways to snatch the Ekiti South Senatorial seat from the party’s original winner, Prince Adedayo Adeyeye, to now turn around and be dropping food items at our party secretariats for distribution to our members.

The youths urged loyal members of the APC in Ekiti South to reject the food items brought to the party secretariats across the six local governments, noting that Prince Adeyeye would have gone beyond the miserable food items Senator Olujimi brought as Covid-19 relief package if he was still in the Senate.

The EAYC, which described the two APC House of Representatives members in the Ekiti South senatorial district, Hon Yemi Aderamodu and Hon Femi Bamisile as capable of assisting party members in the district, noted that Senator Olujimi will not be allowed to undermine them as she undermined and torpedo Prince Adeyeye.

They said Olujimi should rather declare openly for the APC and see whether we will accept her, instead of hobnobbing with the party leaders in the State in the night and claiming PDP member in the daytime.

Describing APC as a party of disciplined members, the EAYC, which insisted that the food items must be returned, said collecting food items from Senator Olujimi will amount to spiting Prince Adeyeye.

END_OF_DOCUMENT_TOKEN_TO_BE_REPLACED 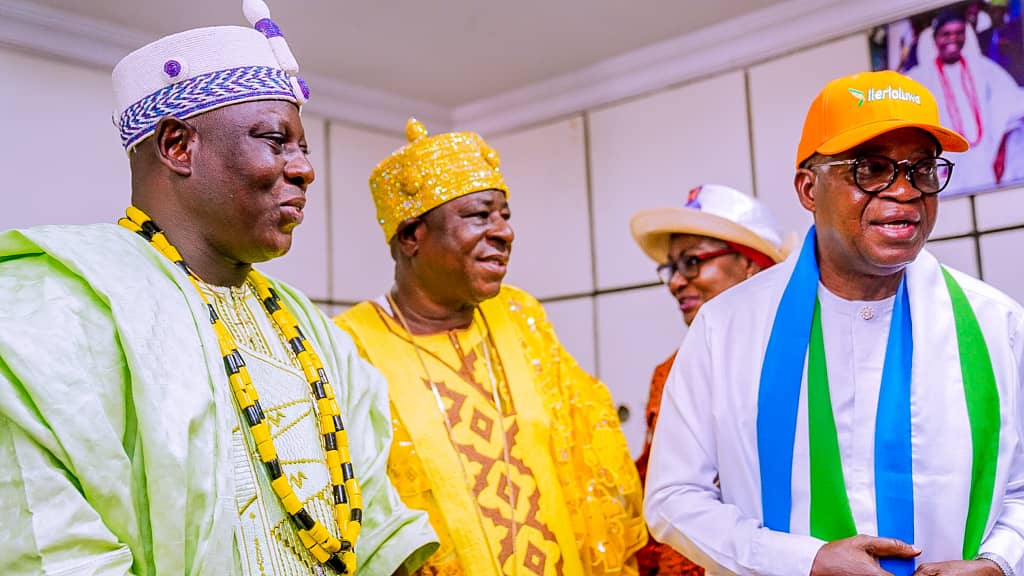