Following the removal of Comrade Adams Oshiomhale through the Appeal Court ruling, the National Working Committee (NWC) of the All Progressives Congress (APC) rose from a meeting at the Party’s National Secretariat on Wednesday affirming Sen. Abiola Ajimobi as the Party’s Acting National Chairman and annulled the previous primary that disqualified Governor Obaseki.

It would be recalled that the Appeal Court’s ruling affirming the suspension of Comrade Adams Oshiomhole as National Chairman and in line with Section 14.2 (iii) of the Party’s Constitution.

In a statement signed by Mallam Lanre Issa-Onilu National Publicity Secretary All Progressives Congress (APC) explained that due to Sen. Ajimobi’s unavoidable absence, NWC unanimously appointed the Party’s National Vice Chairman (South South), Prince Hilliard Etta to act on Sen. Ajimobi’s behalf, an action backed by the Party’s constitution which empowers the NWC to appoint one of its members in acting capacity and stipulates that the acting National chairman must be from the zone of the National Chairman.

The party also noted the recent ruling of a High Court which declared Hon. Igo Aguma as the Party’s acting chairman in Rivers State. In compliance with the court ruling, our party has recognised Aguma has Rivers State acting Chairman pending when new congresses will be held to elect party executive members at the ward, local government and state levels.

Sixteen members of the NWC attended the meeting held at the Party’s National Secretariat (13 members attended physically and three others joined the meeting online).

END_OF_DOCUMENT_TOKEN_TO_BE_REPLACED 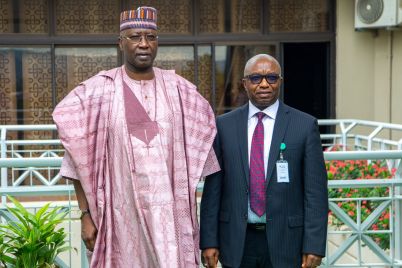 The Secretary to the Government of the Federation, SGF Boss Mustapha, has urged the need to curb the menace of…