The House of Representatives Committee on Public Account has demanded for a proper pre-qualification of all the food vendors for the school feeding programme in accordance with the Public Procurement Act to safeguard the lives of the pupil’s and other citizens.

The Committee which was chaired by Hon oluwole one however, queried the Statistician-General of the Federation Dr Yemi Kale on the unverifable data used for the feeding of the pupils since inception

However, in his response the Statistician-General assured the Committee that the Agency would do the requested headcount and get the list of public and private school pupils who benefited from the feeding programme.

Meanwhile, The Speaker of the House of Representatives, Rt Hon Femi Gbajabiamila on Wednesday hinted that the leadership of the House has commenced moves to resolve the face off between both the Chambers of the National Assembly and
the Minister for State of Labour and Productivity and Employment Mr. Festus Keyamo, SAN over the recruitment of 774,000 Nigerian Youths by the Federal Government.

Rt Hon Gbajabiamila who dropped the hint
when he made a surprise appearance at the Public Accounts Committee public hearing at National Assembly complex Abuja assured that the seeming differences would be resolved amicably within the next 24 hours.

The Committee on Public Account was currently investigating the where the Statistician General of the Federation appeared to shed more light on the data being used in ascertaining the beneficiaries of the federal government National school Feeding programme since its introduction by the present administration.

The Speaker who stormed the venue of the Public hearing urged the Committee to carry on without minding his presence, saying that he only stopped by to observe proceedings.

In his brief remarks, Rt Hon Gbajabiamila condemned what transpired the Parliaments and the Honourable Minister State for Labour, Productivity and Employment Mr. Festus Keyamo, SAN at Senate Wing of the National Assembly on Monday.

According to him, “I’m only here to observe proceedings and nothing more so just carry on and forget about my presence. As you all know, the Committee on Public Accounts is the only Committee recognized by the Constitution of the Federal Republic of Nigeria, so you are all welcome. But again, we have to make sure that what happened yesterday (Monday) in the Senate does not repeat here

” It is unfortunate that the National Assembly is not allowed to operate as it should. However, I want to assure you that the matter will be resolved within the next 24 hours”

Recall that the Senate and House of Representatives Joint Committee on Labour had invited Keyamo to give details of the Special Public Works Programme where 774,000 unemployed Youths would be recruited by the Federal Government under the National Directorate of Employment (NDE).

During the hearing, the Committee sought to find out the method of selection of a 20-man committee from each state of the Federation and the federal Capital Territory,FCT, Abuja for the programme.

However, a heated argument erupted between the law makers and the Minister over who should lead the programme which was to be domiciled under the NDE.

In the process the meeting became rowdy and Committee decided to go into a closed-door session to discuss the matter, but which the Minister refused, insisting that further discussions be held in the presence of Journalists.

This enraged the lawmakers who told Keyamo to apologise to the committee, but he ignored and stood his ground

Thereafter, the Minister was asked to leave the meeting since he refused to apologise to Parliament for his action.

The Chairman of the Committee however said that the programme was being reviewed by the Parliament to prevent being mismanaged by its operators generally.

According to him, ” the Parliament is commending the President for the introduction of the laudable programme in the schools, but we the law makers are receiving its operations to ensure value for money being budgeted it, we don’t want the programme to be mismanaged”.

END_OF_DOCUMENT_TOKEN_TO_BE_REPLACED

Segun Babatunde The Senior Special Assistant on Media to the Bauchi State Governor, Comrade Mukhtar Gidado has disclosed that his… 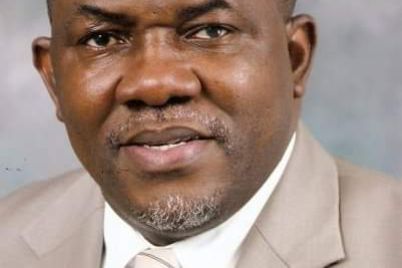