The Inspector General of Police, IGP M.A Adamu, NPM, mni has today, 3rd July, 2020, ordered the posting/redeployment of AIG Adeleye Olusola Oyebade, mni and AIG Ibrahim A. Lamorde, mni to the Department of Research and Planning and Directorate of Intelligence, FHQ, Abuja respectively.

The development is sequel to the recent presidential approval for the re-organization of the Nigeria Police Force which included the creation of an additional Department – the Directorate of Intelligence, expansion of the Police zonal structure from 12 to 17 and the creation of two (2) additional FCID annexes.

In release signed by DCP Frank Mba Force Public Relations Officer Force Headquarters stated that prior to this posting, AIG Adeleye Olusola Oyebade, mni was a Directing Staff at the National Institute for Policy and Strategic Studies, Kuru, Jos while AIG Lamorde, a former Chairman of the EFCC was the AIG in-charge of Force Intelligence.

The IGP has equally ordered the positing of the following Senior Police Officers to the five (5) new Police Zonal Commands as follows:

The IGP charges the affected Senior Officers to bring their wealth of experience to bear in their new places of assignment. They are to ensure that policing is brought closer to the people and work with relevant stakeholders to tackle crime and improve on policing services across the country.

The postings/redeployments are with immediate effect

END_OF_DOCUMENT_TOKEN_TO_BE_REPLACED

By Sarauniya Usman, Abuja The Council for the Regulation of Engineering in Nigeria (COREN) is seeking for the cooperation of… 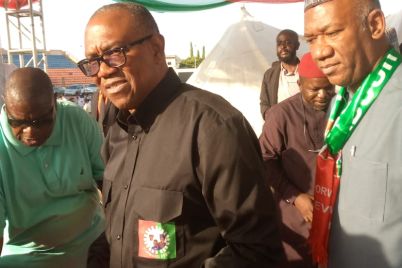 We Want To Build A New Nigeria, Says Obi