President of the Senate, Ahmad Lawan, has said foreigners and anyone involved in the illegal mining of solid minerals in the country are engaged in criminal enterprise that undermines the sovereignty of the Nigerian State.

Lawan stated this in his remarks after the Senate considered a report of the Roundtable Discussion on the Need for Continuous Implementation of Policy Reforms for the Diversification of the Nigerian Economy through the Solid Minerals Sector.

The report was put together by the Senate Committee on Solid Minerals, Mines, Steel Development and Metallurgy, Chaired by Senator Umaru Tanko Al-Makura.

The Senate President in his remark said, “it is our duty to have legislation either in form of amendment or new legislations to ensure that the solid minerals sector is supported.

“Where we need policy, we suggest to the Executive policy areas that they should focus on in addition to what they are already doing, and of course, guidelines would be necessary on how this sector is operated.

“I want to agree also with Senator Rochas Okorocha, that we have people who come in from outside the country, who go into our mining sites and exploit our minerals without any due process.

“I think we should declare such people criminals, whether they are Chinese or anybody else, because this is going against our sovereignty.

“Nobody should come into our country, go to our sites, exploit our minerals and go away with them.

“We want to attract foreign direct investments, but we should have proper processing of every concern that wants to participate in this sector. What is happening is criminal and everywhere.

“It happens in the North Central part of Nigeria where we have a lot of solid minerals, probably in Zamfara, too.

“I think it is for us in government to ensure that this is stopped, that we attract people and process their requests.

“I want to agree with the committee that we should have ease of doing business in the solid minerals sector, even though we have a general law which the Vice President’s office is handling, but it is time we look at specifically, the area of solid minerals to see how we can make it much easier for investors to participate”, Lawan said.

The Senate while adopting the recommendations of the Committee on Solid Minerals, Mines, Steel Development and Metallurgy as contained in its report, urged the Federal Government to collaborate with States and Local Governments and the Private Sector to invest in infrastructural development that will provide private investment in all areas of the sector.

The upper chamber amongst other things, emphasized the need for the National Assembly to take a critical look at the ease of doing mining business in Nigeria in order to identify and expunge all legislative encumbrances hindering the growth and development of the mining sector in Nigeria.

While highlighting the need for adequate funding for the National Steel Raw Material Exploration Agency (NASRMEA), the Senate called for a review of the Government-to-Government agreement with the Government of Russia on the resuscitation of the Ajaokuta Steel Company to ensure the production of liquid steel in the most realistic timeframe.

It also underscored the need for the review of investment policies governing transportation and logistics sub-sector with a view to providing incentives needed to stimulate private capital injection into the solid minerals sector.

END_OF_DOCUMENT_TOKEN_TO_BE_REPLACED 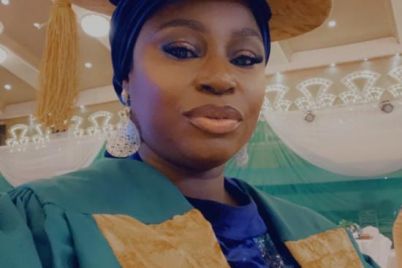