The illegality perpetuated by the Federal Capital Territory Administration (FCTA) Department of Development Control last week Tuesday demolished 25 houses in Kyami District, within the capital city has been revealed

It was reliably gathered that some interested individuals are interested on the Destiny Estate land misinformed the minister of Federal Capital Territory that the land was never allocated to anybody.

Now that it was revealed that the demolition was carry out in error, those involved in the illegality are working round to perfect the paper since action was said to have been queried by the higher authority.

During the demolition exercise, the Director of the Department, Malam Muktar Galadima, who led the demolition told some of the owners of the houses including the owner of the estate that they were carrying out instructions and that only the higher authority from the presidency could stop them.

The last Tuesday demolition was carried without any prior notice, the only notice given was a directive served the previpus Friday that the owner of the Eastate should present her paper for verification within 24 hours and not a demolition paper.

Only for the FCDA team to storm the estate on Tuesday leveled the 24 houses in the Estate despite the appeal made by some of the owners met on ground.

The director who led the team claimed that the FCTA would not condone land racketeering and grabbing, but of all the estates at Kyami district only Destiny Estate was the target.

Sources in the FCT revealed that heads will roll over the illegality in the demolition, as some power individuals are trying to get to the bottom of the matter.

END_OF_DOCUMENT_TOKEN_TO_BE_REPLACED 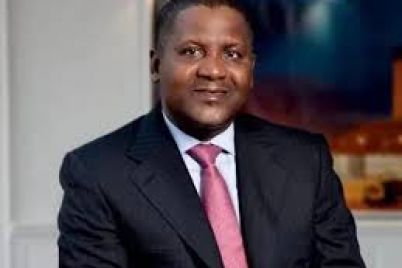 SEE THE INITIAL AGREEMENT BETWEEN DANGOTE AND KOGI GOVERNMENT SIGNED IN 2002, AND WHY THE STATE IS ANGRY

Official: 2002 Agreement Between Kogi State Government and Dangote Industries Limited on Obajana Cement PlantExtracts from the duly signed and…

The Speaker of the House of Representatives, Rep. Femi Gbajabiamila, has described the death of Chief Lanre Razak as a…