The Peoples Democratic Party (PDP) vehemently rejects the resort to political godfatherism as well as underhand measures in the allocation of Federal Government’s 774,000 jobs to cronies of political office holders instead of an open process that will accommodate every Nigerian.

The party described the illegal and anti-people method adopted by the All Progressives Congress (APC) and its administration as an unpardonable injustice to the generality of unemployed Nigerians who do not have political godfathers and are not affiliated to any political party.

According to the party National Publicity Secretary, Kola Ologbondiyan, PDP was not against the creation of job opportunities to Nigerians, we reject this crafty political allocation, which is a direct exclusion of hardworking Nigerians from opportunities that should have been open to them under an open and transparent process.

The PDP noted that since the funding for the jobs is drawn from the national purse, the process should be completely apolitical in a manner that grants unrestrictive opportunity to all Nigerians irrespective of political affiliation, ethnicity or creed.

The PDP rejectd a situation where, in each local government area, 800 slots of the 1000 jobs have already been pencilled off to political cronies while the remaining 200 openings are thrown open for contest to the public, which also include politically affiliated persons.

The party that such brash violation of the principle of fairness and equal opportunity by the APC and its administration, is a direct invitation to restiveness and acrimony in the country and as such, should be immediately rescinded in the national interest.

Already, there is a growing uneasiness and restiveness among Nigerians, who would definitely be denied opportunity to participate in this national process.

This is especially given allegations already in the public space that the resort to political allocation of jobs is designed by selfish APC leaders to corner the opportunities for selfish pecuniary reasons.

The party however charged the Federal Government to rescind the resort to political allocation and only engage Nigerians through an open, transparent and all-inclusive process in the allocation of the 774,000 jobs.

The PDP called for an apolitical process by the National Directorate of Employment (NDE) that involves the active participation of non-politically aligned community leaders in states.

The PDP urges all well-meaning Nigerians to unite in rejection of political allocation of jobs while calling on all citizens that fall within the eligibility bracket to go to their local government headquarters and demand for their rights of opportunity to participate in the program.

As a party, the PDP stands with the deprived Nigerians in demanding for equity and equitable access to opportunities for all Nigerians, without regard to any form of connections whatsoever.

END_OF_DOCUMENT_TOKEN_TO_BE_REPLACED

Nigeria’s Akinwumi Adesina has been re-elected as the President of the African Development Bank President for a second five-year term.… 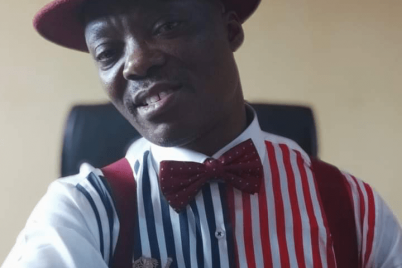 The proposed move by the Director-General, Nigerian Institute of Leather and Science Technology, NILEST, Muhammed Yakubu to approach the National.…