The Peoples Democratic Party (PDP) has said regional leader of the APC, Asiwaju Bola Tinubu has lost Democratic credentials he claimed to have.

The declared that Tinubu has violated all tenets of democracy by attempting to arrogate to himself supremacy powers, lord over the people of Edo state and dictate their choice of leadership.

In a statement signed by Kola Ologbondiyan
National Publicity Secretary stated that, It is indeed pathetic and derisory that Asiwaju is claiming to be the leader of all democrats in Nigeria, which obviously he is not, while at the same time violating the fundamental of democracy, which is allowing a people to freely chose their leaders without confrontations with lies, coercion, mudslinging, slanders and beguiling as exhibited in his amateur video.

It smacks of unpardonable hypocrisy that an individual who claims to be a democrat will at the same time chose to sit in the comfort of his residence to insult the people of Edo state over their manifest choice of Governor Godwin Obaseki as their preferred leader, for another term of four years, due to his sterling democratic qualities and performance in office.

Asiwaju cannot be claiming to be a democrat while campaigning for an individual that has already been rejected by the people of Edo state, having been exposed by none other than the former national chairman of his party, Adams Oshiomhole, as a thief, fake pastor, acid bather, a person of questionable character who is only fit for “night meetings” and should not be trusted with the position of the governor of Edo state.

We know that Asiwaju is desperate to re-launch himself into relevance but can someone who wants the nation to believe that he is a democrat be campaigning alongside self-confessed liar, who has been rejected by his kinsmen and suspended as national chairman of his party, all in the quest to install a stooge in office?

Asiwaju must be reminded that Edo state is not part of his fiefdom and that the needless sanctimonious pomposity which he displayed in the broadcast will never sway the people.

This is because Edo state is home to very eminent and exceedingly intelligent personalities including highly revered royal fathers, religious and community leaders, astute public administrators, outstanding politicians and captains of industry, who are not ready to alter their resolve for Governor Obaseki.

If anything, Asiwaju’s broadcast has again exposed an imperialist agenda against the Edo people, a development that has further strengthened the resolve of the people of Edo state to permanently put an end to political godfatherism, which Asiwaju represents in the Nigerian political firmament

Furthermore, without conceding to Asiwaju’s jejune argument, we ask, what contribution to democracy did he found in President Muhammadu Buhari when he presented him, then as General Buhari, to Nigerians ahead of the 2015 presidential election?

Moreover, Nigerians are gradually seeing through Asiwaju’s claims of having fought for democracy as mere myth. The true heroes of democracy include the founding fathers of our party and the regular people of Nigeria, who unlike most self-acclaimed leaders of democrats, never sneaked out of the shores of our country but stood firm to the very end.

Our party had severally cautioned Asiwaju Tinubu to steer clear of our candidates and desist from infantile attention seeking in a political dispensation that have moved beyond unnecessary ego trips.

The people of Edo state had since made up their minds to re-elect Governor Obaseki and APC leaders such as Asiwaju, in their vanity should come to terms with that.

END_OF_DOCUMENT_TOKEN_TO_BE_REPLACED 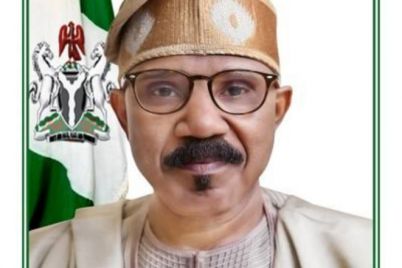 Only 20% Of Traditional Plants Are Being Utilized, Aisha Buhari Hinted

By Blessing David First lady and wife of the President Muhammadu Buhari, Doc Mrs Aisha Buhari has said that of…

Segun Babatunde in Gombe Determined to ensure that the Education sector is placed on the path of progressive development, the…