President of the Senate, Ahmad Lawan, has said that the National Assembly will carry out meticulous work on the Petroleum Industry Bill presently before both chambers.

Lawan stated this in his remarks after a bill for an Act to Provide Legal, Governance, Regulatory And Fiscal Framework for the Petroleum Industry, the Development of Host Communities passed second reading on the floor of the Senate on Tuesday.

The Senate President while describing the PIB as one of the legacies to be left behind by the Ninth National Assembly, assured that the piece of legislation would be subject to thorough scrutiny by the National Assembly.

According to him, the bill would be tailored to provide the needed legal framework for the petroleum industry in Nigeria, as well as guarantee a win-win situation for the country and investors.

“Let the PIB be one of our legacies, and because this time we have adopted a different approach as a result of our experiences in the past, it is looking possible that this bill will be passed after serious scrutiny and consideration of the National Assembly Chambers, and the President would sign the bill into an Act. So, let’s make it a part of our legacy as the Ninth Senate.

“I want to take this opportunity to call on investors across the world, that this National Assembly is determined to go all the way, and we have the credentials to prove that, to pass this bill.

“Therefore, there is in the horizon, a legal framework that would regulate the Petroleum Industry in Nigeria. And like all of us here have said during our various interventions, we are not going to be selfish as a country. There must be investment first before we get any meaningful revenues.

“So, we must ensure this PIB provides a win-win situation for both Nigeria and Nigerians, and investors in the oil sector in Nigeria.

“And because oil is almost everywhere now, we have stiff competition all over, so we have to make our environment so much better and attractive to investors to not only remain here, but to encourage others to relocate to Nigeria,” the Senate President said.

Speaking further on the need to balance Nigeria’s revenue, particularly against the backdrop to encourage investors, Lawan said, “we need to pass the PIB quickly, but we need to do proper scrutiny because this is one bill that is sensitive.

“If we make the wrong provision as a consequence of our haste, it will backfire and would be counter-productive. So, we need to work assiduously to ensure we have a balanced document.”

“This time, we will ensure that this bill receives all the attention it requires, but nobody is promising the Executive that this bill will go back to them the way it came.

“We are going to be thorough and meticulous by ensuring that whatever leaves here is something that would be to the benefit of our country and investors,” he added.

Meanwhile, the Senate has adjourned plenary till November 24th, 2020. The announcement was made by the Senate President at the end of plenary on Thursday.

According to Lawan, the move to adjourn was intended to allow the various Ministries, Departments and Agencies of Government defend their respective budgets for the 2021 fiscal year before the relevant Committees.

END_OF_DOCUMENT_TOKEN_TO_BE_REPLACED 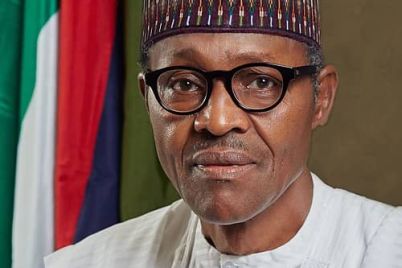 Waiting for the Return Of Team Madrid

By Frank Meke Before I tell you about the subject matter of today, it is important we pray. Remember, if…