Apparently disturbed by the high rates of maternal and perinatal deaths among pregnant women across the country, Medical experts in the health sector, have advised women of child – bearing age to embrace effective child – spacing and pay more attention to their reproductive health to prevent maternal mortality.

The advised was given during a one – day round table training on child – birth spacing organised by the Bauchi State Public Health Media Network(BSPHMN), held at the NUJ Press Centre, Bauchi Wednesday.

In his keynote address, the state commissioner of health, Dr. Aliyu Maigoro stated that the training would enable the participants to get acquainted to the issues of child- birth spacing in their areas.

The Commissioner who noted that the global world was concerned with the rate at which women and children were dying as a result of pregnancy – related complications,called for concerted efforts of all and sundry to combat the challenge.

He also called on the pregnant women to strictly adhere to the medical guidelines so as to track the implementations of child spacing.

While expressing dismay over the cases of yellow fever in Ganjuwa Local Government Area, the commissioner assured of government’s readiness towards eradicating the disease in the area.

He disclosed that very soon the state ministry of health would embark on yellow fever vaccination across the 20 local government areas of the state, so as to curtail the spread of the disease.

The commissioner who urged journalists not to relent in creating awareness on the importance of family planning as well as the myths and misconception associated with it described journalists as key stakeholders in enlightening the general public on health related issues and called for its sustenance.

The Commissioner also use the medium to commend the Bauchi State Public Health Media Network for their foresight in organising the training, and prayed God to reward them abundantly.

In his presentation, the State Technical Director, Integrated Health Programme (IHP) funded by USAID, Dr. Ibrahim Alhassan Kabo, said the child – birth spacing would assist in providing access to maternal and newborn survival in the society.

He enjoined households to adopt child – birth spacing, in order to improve their well being and economic growth noting that the child – spacing always empower women in getting pregnant and safe delivery.

He maintained that child birth spacing reduces the number of abortions, and sexual transmitted infectious diseases.

The Technical Director however enumerated some of the access to maternal and newborn survival to include, quality basic antenatal care, quality emergency obstetric and new born care among others.

Also speaking, the focal Person(FP) Public Health Media Network, Mrs. Elizabeth Kah urged the participants to use the knowledge acquired during the training for their maximum benefit.

In a vote thanks, the Chairman State Chapter of the Nigeria Union Journalists Comrade Umar Sa’id, pledged the commitment of all working journalists towards enlightening the public on health related issues for the growth and development of the society.

The NUJ Chairman who was represented his deputy Alhaji Abbass Maikano, expressed his satisfaction with the training and commended the Bauchi State Public Health Media Network for initiating the programme. END

END_OF_DOCUMENT_TOKEN_TO_BE_REPLACED

Families of persons reportedly killed and brutalised by the personnel of the Nigeria Customs Service, NSC, in Iseyin and Ibarapa… 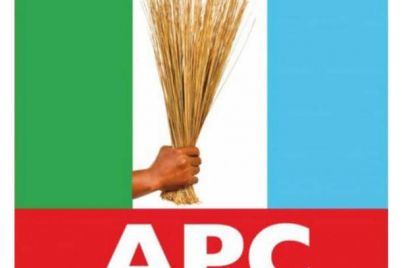