Our Correspondent reports that the humanitarian gesture,an initiative of NAAC is aimed at giving more succour to widows and orphans of fallen heroes who paid the supreme price defending their fatherland.

Among the food items were 20 bags of rice,two cows,cooking oil, wrappers, N10,000 cash to each of the beneficiaries, among many others.

Speaking while distributing the items to the beneficiaries at a brief ceremony held at the Obienu Barracks,Bauchi, the Commander, Nigeria Army Armour Corp Headquarters,Bauchi, Major General Mohammed Magaji said the gesture was to cushion the economic effect occasioned by their current condition.

According to him,”we have a responsibility to take care of the children and widows of our fallen heroes who paid the supreme price in the course of duty defending our fatherland or bring peace to our fatherland, Nigeria “.

” It has been a culture, a tradition for the Armoured Corp to take care of families of our fallen heroes. And this is not the first time we are doing this, it is a continuation of what we have been doing and we will continue to give you(widows) our support so that you will not feel the total absence of your husbands “, he explained.

He said “these items might be small,but the idea behind them is big,which is to identify with the widows and their children in this trying period occasioned by the absence of your husbands”.

The commander commended the Chief of Army Staff(COAS), Lt. General Tukur Buratai for his immense support to the Corps, and the dynamic leadership and guidance he had provided.

Turning to the widows, he urged them to “live a worthy life. If you want to be regarded as a widow,you must live a very worthy life. And I want to assure you all that our shoulders ,for those of us who are still serving, are there for you to lean on”.

In a vote of thanks on behalf of the widows, Mrs Patrick Agu commended the NAAC Commander, officers and soldiers of the Corp for identifying with their plight. END

END_OF_DOCUMENT_TOKEN_TO_BE_REPLACED 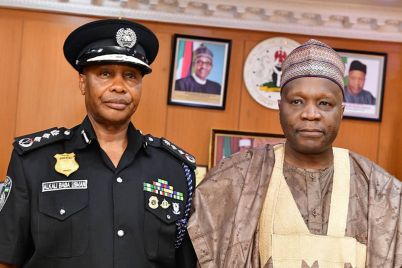 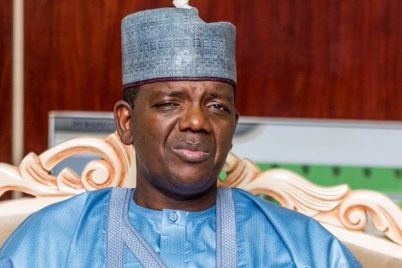 … As 16th Edition Holds Oct 30th The Executive Governor of Zamfara State, His Excellency Governor Bello Matawalle, has once…