As the issue of the herders continues to dominate discussions looking for the best solution, the Emir of Bauchi, Dr Rilwanu Suleiman Adamu has declared that it is only divine intervention that can save the country from an impending danger.

The Emir who was speaking in his Palace Weekend called on Nigerians irrespective of religious affiliations to stand up and go to God for divine intervention which he believes will solve the problem.

Receiving the Yoruba Community resident in the state, the Emir said that Nigerians are in one way or the other related through various means therefore severing such relationship will be very difficult.

He however called on political office holders to watch their utterances on the issue in order to let it escalate beyond what it is now stressing that peaceful coexistence is the most essential thing to do in the country.

Rilwanu Adamu then called on the Yoruba community to continue to live in peace and harmony with their host communities because according to him, “you have become part of the place you are, you have married and given out your daughters in marriage, you are therefore part of here”.

Earlier, the Ọba Yoruba of Bauchi, Alhaji Tirimisiyu Adegoke appealed to the Emir to mobilize his colleagues across the country on the need to preach peace and peaceful coexistence among the different segments of the country.

Tirimisiyu Adegoke told the Emir that the Yoruba community resident in the state are law-abiding citizens who are earning legitimately in the state therefore will not do anything to breach the peace.

He then used the visit to present to the Emir, the newly constituted leadership of the community following the death of the former President. END

END_OF_DOCUMENT_TOKEN_TO_BE_REPLACED

From: Segun Babatunde in Gombe Gombe State Governor, Alhaji Muhammadu Inuwa Yahaya Thursday felicitated with children across the state as… 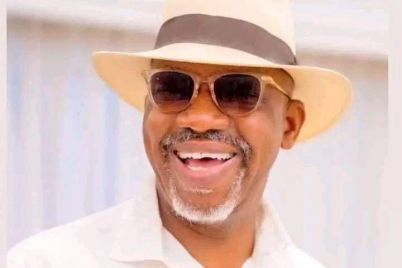