House of Representatives has demanded from the Accountant General of the Federation (AGF) the financial statement on the utilisation of the N2.2 trillion revenue accrued from the foreign and domestic debts raised by Debt Management Office (DMO).

The Chairman of the House Committee on Public Accounts, Hon. Oluwole Oke at the investigative hearing into the 2018 audit query against DMO, demanded for details of the utilisation of the fund and the rationale for reflecting the fund in the DMO’s financial statement.

Hon. Oluwole Oke wondered why that the DMO could not account for the amount that was appropriated for and did not appear in the Accountant General’s books.

“We should hold you liable to the actual sum released to you. If it is in the law that the DMO had a budget of N2.2 trillion. Now where is the money? Who got it? Was it released? This is a law and the law says that 2.2 trillion had been given to DMO. Was the money given to the DMO? No.

In her response, DMO Director General, Patience Oniha who affirmed that the sum of N2.2 trillion accrued as interest (cost) from the loans midwives by the agency, however stated that the sum of N721,251,798, was allocated to DMO.

“During each process the budget office requires the DMO to give them a projection of interest payments, so these are the interest projections we made that the government will bear on our domestic and external debts and then a provision to take care of local contractors which is the sinking fund,” she said.

She explained that nothing was released for capital expenditure for 2018, but noted that the fund was released in 2019.

She said in the year under review, they received 89.74 percent of the sum for personnel cost, and it was released through the office of the Accountant General of the Federation and the remaining amount was mopped up automatically.

She said out of the overhead cost they got 58 percent of the sum, which is N64 million, and the balance was also mopped up at the end of the year.

The lawmakers also demanded the rationale behind the non-release of the fund to other agency, as alleged by the Director General’s representatives.

While responding to question on the foreign bank accounts owned by DMO and details of internally generated revenue, Ms. Oniha who responded in the negative, stressed that the agency is fully treasury funded.

While responding to question on the number of staff on the agency’s nominal roll, Ms. Oniha disclose that DMO currently has 110 staff on its nominal roll, for which the sum of N64 million was released in 2019.

To this end, Hon. Oke who directed the Clerk to demand for financial records on the utilisation of the N2.2 trillion, also requested for all relevant payment vouchers issues by DMO for all its financial transactions for the years under review.

END_OF_DOCUMENT_TOKEN_TO_BE_REPLACED 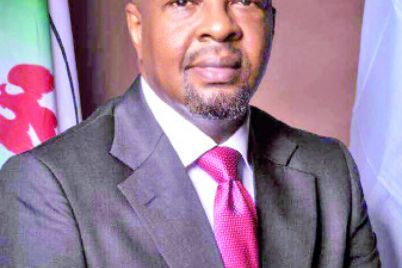 Dollar Is Another Pandemic Against Tourism, Says DG NTDC

Members of the House of Representatives have finally invited President Muhammadu Buhari to explain the worsening security situation in Nigeria.…