The Director of Baptist Mission Schools, Nigerian Baptist Convention, Dr Tide Olalere, has defended the N4,700 fee charged by the school for registration of the 2021 Unified Tertiary Matriculation Examination (UTME).

Olalere, who at a news conference in Ibadan, refuted the news of extortion making the round on social media, explained why the school charged the amount for UTME.

The JAMB Registrar, Prof. Ishaq Oloyede had in a video clip interviewed a student and a teacher of Baptist Girls’ Academy, Obanikoro Lagos, over the fee charged for UTME registration, where both quoted different amounts.

He, however, said, “the School, Baptist Girls Academy did not charge N8,000 for the JAMB organised Unified Tertiary Matriculation Examination (UTME) registration, as alleged by Prof. Oloyede.

“While the girl was ‘correct’ to have said the school collected N8, 000, the undeniable fact was that the whole money was not meant for registration.”

Olalere explained that the N4700 was for UTME registration which included N3, 500 for the main registration, N500 for the recommended text by JAMB and N700 to the CBT.

He said that the additional N3, 300 administrative charge was for logistics including Test Driller Software plus installation (CBT Practice Kit): N2000 and transportation and feeding, which is N1, 300.

“As a responsible institution we discussed with our parents from time to time and then we agreed and so, our parents agreed to the administrative charges,” he said.

The director said that the school was a private institution and its main objective was to produce academically excellent and Christlike leaders through quality education.

In her remarks the Principal of Baptist Girls’ Academy, Obanikoro Lagos, Mrs Eniola Okwuidegbe, said that both the student and the teacher were correct on their claims.

“The additional administrative charges from the school was meant from the convenience of our students and their parents, which is not a hidden charge, the parents are in the know because they have sampled round before settling for the school.”

She said currently there were 99 students in the Senior Secondary III arm of the school and only 40 had registered so far because none was compelled to register with the school.

“We installed computers in the school and the students practiced constantly, so that they achieved the success that we required from them as an organisation.

“That place, where Prof Ishaq Oloyede saw them, our officer took them there and if we are not a government body, we have to make provision for logistics as it sometimes takes three to four times before the registration can be done.

“For instance we were unable to register our students the day Prof. Oloyede saw them,” Okwuidegbe said.

Mr Kayode Oloyede, the teacher, who was interviewed by JAMB registrar over the amount collected also faulted the claim by the registrar, maintaining that UTME registration was N4,700.

“On the question Oloyede asked me, I will still repeat it, the money charged for JAMB registration fee is N4,700. But the additional administrative charge was for logistics.

“But Prof. Oloyede said N3,500 was the JAMB registration fee, but it is not so, because aside from the UTME registration which is N3,500 there are compulsory fees such as the N500 for the recommended text by JAMB and N700 for the CBT centre,” the teacher said.

The Chairman, Education Management Board, Nigerian Baptist Convention, Prof. Oyesoji Aremu, had in a statement earlier described as disheartening, the viral video which he said painted Baptist Mission Schools as extortionist.

He said that the Baptist denomination in Nigeria and in other climes, was a pride to Christendom, adding that such pride, was rooted in legacies of training and values, which every Baptist was taken through.

“And, by extension, the virtues and values, which go with sound academic traditions, are given to students in our schools nationally.

“Given this, Baptist Mission Schools, abhor illicit and sharp practices and the same are disallowed in their engagements within and outside.

“On the above premise, it was disheartening and disturbing watching a video clip that went viral since April 28, following the unscheduled tour of duty of the hardworking Registrar of the Joint Admissions and Matriculation Board (JAMB), Prof. Is-haq Oloyede,” he said.

According to him, in the video clip, Prof. Oloyede assumed the role of a ‘prosecutor and judge’ against the defenceless teacher, Mr Kayode Oloyede, who was also on a scheduled assignment.

“Here, one of Mr. Oloyede’s students was the witness. In the video clip, the JAMB Registrar, publicly put on ‘trial’ Mr. Oloyede, a teacher at “the Baptist Girls Academy.

“This put some questions on the social image of the teacher and on the public image of Baptist Mission Schools in Nigeria,” he said.

Aremu said the question of the alleged N8, 000 collected by the Baptist Girls Academy, ought to have been properly investigated by the JAMB Registrar

He said that this should have been done before subjecting the school and the teacher, who took the girls out for registration, to an emotional trial and public opprobrium

END_OF_DOCUMENT_TOKEN_TO_BE_REPLACED 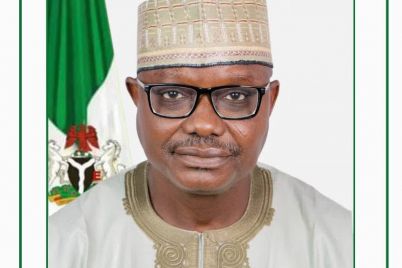 Nico: In Search Of Peace Through The Lens Of The Media

By Frank Meke Conflict Resolution in Nigeria cultural setting is of the most unique colouration. There are rules of engagement,…