Bauchi State Governor, Senator Bala Abdulkadir Mohammed has declared that the All Progressive Congress (APC)-led Federal Government has lost any idea of growing Nigeria’s economy, emphasising that the government “are just involved in a blame game, they are not even fighting the corruption they said they are fighting”.

This is so as the Governor also expressed worry over the escalation of insecurity in the country, saying the federal night has failed to stop the trend.

Governor Mohammed who spoke Thursday in an interview with journalists at the Ramat House, Bauchi shortly after observing the Eid-el-Fitr prayer at the central Eid Praying Ground in Bauchi stated that there was the need to reflect deeply on Nigeria’s common existence as a nation as it was being challenged by so many aspects of misdemeanor, crime and criminality.

According to him, there was more corruption under the present President Muhammadu Buhari administration as there were sacred cows in the administration who were untouchable.

“I will not talk as an opposition. I think the Federal Government has lost any idea to grow the economy, they are just involved in a blame game, they are not even fighting the corruption they said they are fighting.

“There’s more corruption, perceptions are built that there are sacred cows; there are tin gods in this country who cannot be touched,” Mohammed declared.

The governor also stated that the Southern governors were right in some aspects of their resolutions reached at their Asaba meeting on Tuesday, adding that only one section of the country was being given positions in government.

“If you are not fair and equitable in your administration, in your management,if there is nepotism where only one section is given positions in government, what the southern governors said smacked of some aspects of truth where some people were given too much attention to the detriment of the other side.

“What we know in this as a federalist, there is always a balance in terms of appointment of federal offices, even in the local governments.

“If you don’t practice fairness at the top then you cannot get it at the lower table and people will begin to think of self actualisation, self determination and so on and it will reflect negatively. Unless we ensure fairness and equity in the leadership of the country we cannot grow the economy,” he asserted.

According to him, “”We hope and pray that Allah has expetiated our sins and we are brand new today and I have already sent out my message that, as a nation, we need to reflect deeply on our common existence because we are challenged by so many aspects of misdemeanors, crime and criminality and as a Muslim, most of it are coming from us, as members of the Islamic faith that is the issue of banditry, kidnapping and the rest”.

“We must be very courageous to say it and that is not acceptable within the tenets of Islam. That is something that is very incongruous to the values of Islam and that we should fear God to make sure that we don’t give ourselves, our communities and even our religion a bad name. We have to change. Of course this issue is really expanding or escalating to other parts of the country.

He also declared that “We know these bandits, we know where they stay and what they do. Sometimes they are aided and abetted by us. We should fish them out”..

He noted that the Police are already overwhelmed by the security challenges in the country, adding that there is a dearth of personnel in the Police.

The governor declared that Nigeria would be better of if it remained one, noting that that the monumental human crisis that would emanate from should the country break up should rather be imagined.

He expressed the hope that every stakeholder should sit down with a view to proffering solutions to the country’s problems, urging all to be mindful of their responses and utterances.

“I hope we will sit down as a country to reflect and make sure we bring solutions and we should restrain in our responses and utterances.

“This country is so united; this country is so interwoven and if there is any breakages here and there, the monumental human crisis is better imagined because I can’t imagine how it will be.

END_OF_DOCUMENT_TOKEN_TO_BE_REPLACED 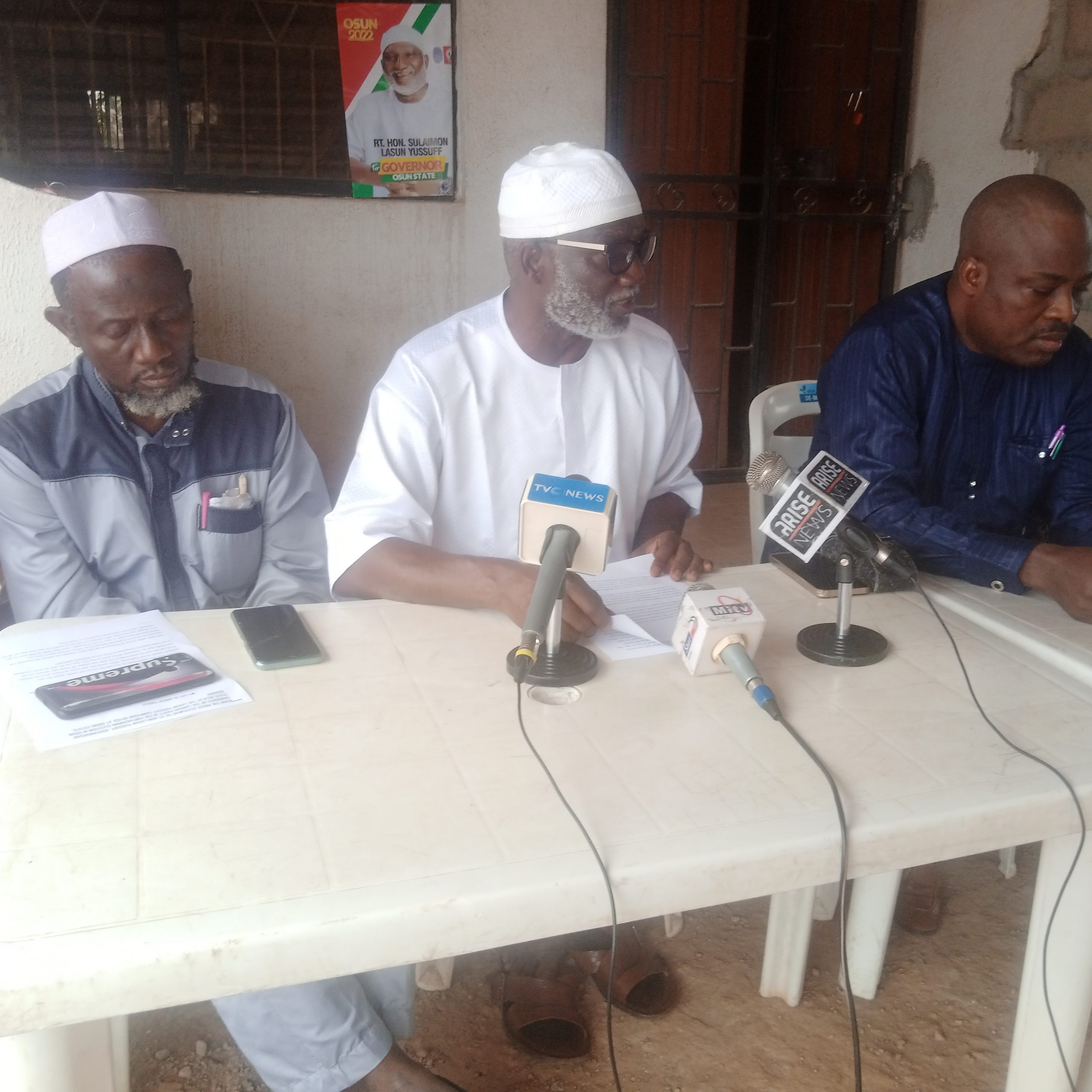 2022 Osun Election: Lasun Raises Over Attack On His Life

Former Speaker of the House of Representatives, Rt Hon Sulaimon Lasun Yussuff who is the Governorship Candidate of the Labour…