The Accountant General of the Federation, Ahmed Idris, has condoled with the Nigerian Army and the respective families on the recent tragic demise of the former Chief of Army Staff and other Senior Army Officers.

He said the Federal Treasury will mourn the loss for a long time because the incidence took away fine Generals and Officers that had excelled in their chosen career in the military.

Idris bared this mind when the Commandant of the National Defence College, Rear Admiral O.B.Daji and Principal Officers of the institution paid him a visit in Abuja.

This is contained in a Release signed by Director Information, Press and Public Relations,OAGF, Henshaw Ogubike, and made available to newsmen in Abuja.

According to the statement, Accountant General of the Federation admitted that the Army Generals died in the line of duty and led a moment of silence in honour of the deceased Army Officers.

Idris, while acknowledging that the visit of the Commandant was the first of its kind, noted that the visit will strengthen the relationship between the military and the Treasury.

He congratulated the Commandant and the Principal Officers of the College on their appointment.

” The Treasury will always stand for your success, we will always be there to support you. Be assured of our support and partnership as an institution so that the objectives of the National Defence College will be actualised under your leadership’, he said.

Speaking earlier, the Commandant of the National Defence College, Rear Admiral O.B.Daji commended the Accountant General of the Federation for the successes recorded by the Federal Treasury under his leadership.

He enumerated challenges facing the National Defence College and solicited the support of the Accountant General of the Federation to get them resolved.

END_OF_DOCUMENT_TOKEN_TO_BE_REPLACED 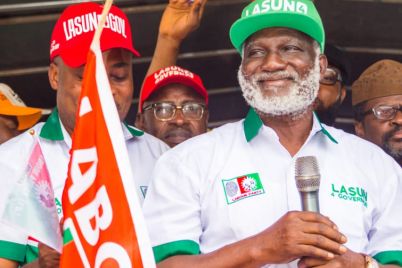 The presidential candidate of the Labour Party, Mr Peter Obi has challenged the electorate in the state to troop out…

The House of Representatives Committee on Public Accounts on Tuesday grilled the Commandant General, CG of the Federal Fire Service,…