… Express worry over frequency of attacks

The United Nations have estimated that in Nigeria, at least 950 students have been abducted from schools by armed men since December 2020 even as it expressed worry that such incidents appear to be increasing in frequency, raising fears for safety and well-being of the children in parts of West and Central Africa .

According to a press statement by the UNICEF Executive Director Henrietta Fore and made available to newsmen, over the past six weeks alone, nearly 500 children were abducted in four separate incidents across the central and northwest parts of the country, adding that many of the children have not yet been returned, a situation that has fathom the pain and fear that their families and loved ones are suffering in their absence.

The statement said that on the July 5th, 150 students were reportedly abducted from a school in Nigeria’s Kaduna State, marking the latest incident in an alarming spate of attacks against children and abductions, including of students, in parts of West and Central Africa.

“We are deeply concerned that as in years past, non-state armed groups and parties to conflict in Burkina Faso, Cameroon, the Central African Republic, the Democratic Republic of the Congo (DRC), Niger and Nigeria will ramp up these violent activities over the coming weeks ahead of the rainy season when their movements could be restricted by flooding”

“Such incidents appear to be increasing in frequency, raising fears for the safety and wellbeing of the region’s children. Already in 2020, according to the latest report of the United Nations Secretary-General on children and armed conflict, 1 in 3 child victims of grave violations has been in West and Central Africa.

“In Burkina Faso, attacks against civilians and other violations of international humanitarian law have spiked significantly in recent weeks. On 5 June, at least 130 civilians were killed in an attack on a village in Yagha Province that lasted for hours. This was the single deadliest attack in the country since the outbreak of violence in 2015. So far this month, 178 civilians have been killed, including children. More than 1.2 million people, 61 per cent of whom are children, are now displaced because of violence – a ten-fold increase in just the last three years”

“In Cameroon, members of an armed group attacked a religious center in Mamfe on 6 June, killing a 12-year-old boy and wounding a 16-year-old boy. Attacks on civilians, abductions and killings of school children and teachers are on the rise across the northwest and southwest parts of the country. We estimate that 1 million children in Cameroon need protection from violence. Threats against aid workers are similarly increasing. Dozens of staff working for local NGOs have been attacked, abducted or killed. The first targeted attack on a UN humanitarian convoy occurred this past March.

“In the first three months of 2021, we also witnessed an overwhelming increase of child rights violations across the Central African Republic, in a context of growing insecurity and tension linked to the 2020 general elections. Recorded cases of sexual violence against girls increased almost fivefold between the last quarter of 2020 and the first quarter of 2021 – from 10 to 49. The number of children recorded as killed or maimed was also seven times higher in early 2021 than towards the end of 2020, while attacks or occupations of schools and hospitals increased from 30 to 44 over the same period.

“Attacks against children, families and schools are also occurring in Niger. So far this year, armed groups have killed nearly 300 people, including 45 children, in coordinated assaults on villages in the Tillábery and Tahoua regions. In some of these incidents, perpetrators targeted families fetching water. Up to 80 per cent of children living in areas most affected by violence need psychosocial support because of the distress they experience”

“In the DRC, in the first quarter of 2021 alone, more than 3,400 violations against children such as recruitment to armed groups, abduction and killing were verified, representing 64 per cent of the total number of violations verified for the entire year of 2020.

“It is not enough to condemn these crimes, not when millions of children face a worsening protection crisis. Children living in these areas need concerted action to ensure that they can safely live, go to school or fetch water without fear of being attacked or taken from their families.

“This starts with non-state armed groups and all parties to conflict who are committing violations of children’s rights – they have a moral and legal obligation to immediately cease attacks against civilians, and to respect and protect civilians and civilian objects during any military operations. They should also not impede but facilitate the efforts of UNICEF and other humanitarian actors on the ground working to reach vulnerable children.

“The international community also has an important role to play. We need our donors to increase their contributions so that we can expand our work to reduce children’s vulnerabilities and increase their resilience to keep them safe from harm. These efforts include creating safe temporary learning environments for children in areas where schools have been closed because of insecurity, providing psychosocial support to children affected by violence, and supporting education on mine risk awareness.

END_OF_DOCUMENT_TOKEN_TO_BE_REPLACED 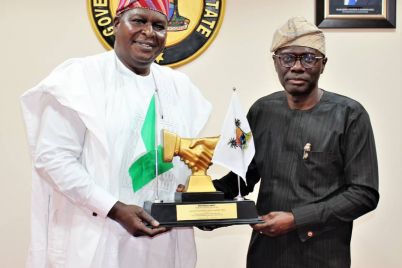