The Speaker of the House of Representatives, Rep. Femi Gbajabiamila, has congratulated the governor of Lagos State, Babatunde Sanwo-Olu, for emerging as the Vanguard Newspaper’s Personality of the Year 2019/2020.

Gbajabiamila said he was not surprised at Sanwo-Olu’s choice by the Vanguard Newspaper as the governor’s superlative performance in office speaks for itself.

In a statement by his Special Adviser on Media and Publicity, Lanre Lasisi, the Speaker said Sanwo-Olu would go down as one of the most dedicated and committed leaders Lagos State has ever produced.

Gbajabiamila congratulated the people of Lagos State for having Sanwo-Olu as their governor at this time and thanked the Vanguard Newspaper for giving honour to whom it is due.

The Speaker said he believed the award of Personality of the Year would spur the Lagos State governor to do more for Lagosians.

END_OF_DOCUMENT_TOKEN_TO_BE_REPLACED

From: Segun Babatunde in Gombe Stakeholders of the All Progressive Congress (APC) in Gombe Central Senatorial zone have declared that… 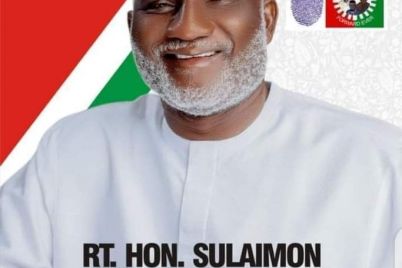