Nigerians have again been encouraged to be security conscious and give vital information to the security agencies to arrest criminals and criminality in the Country.

The Spiritual Father and Chairman, Cherubim and Seraphim Movement Church(CSMC) Worldwide, Reverend (Prophet) Samuel Adefila Abidoye who made the call at the International Headquarters of the Church, Galilee Land, while speaking to members of the Media Advisory Board who paid him an official visit yesterday, said the people had a greater role to play in addressing the security challenges affecting the Nation.

The Prophet called on Government at all levels to find lasting solution to the spate of kidnappings, banditry and other forms of criminality in the Country.

He asked the federal government to look into youth restiveness, poverty eradication, hunger and other forms of hardship facing the citizens.

The Cleric explained that most Nigerians find it difficult to eat three square meals per day calling on the government to address the stomach issue.

While expressing optimism Nigeria would soon be on the path to greatness of her her great challenges, calling on Nigerians to remain steadfast in their faith.

He stressed the need for humble supplications and repentance as necessary for the restoration of a people, and prayed against the insecurity and criminality in the country..

He applauded members of the Board for their performance challenging them to continue to project the image of the Church and the Gospel to salvage lost souls.

Responding, the Vice Chairman of the Board, Special Apostle Wole Mosadomi
said construction work would start on Media Center that would be equipped with modern broadcasting equipment.

He advised the Church to budget more fund for Publicity adding that documentary on the Church had reached advance stage.

END_OF_DOCUMENT_TOKEN_TO_BE_REPLACED 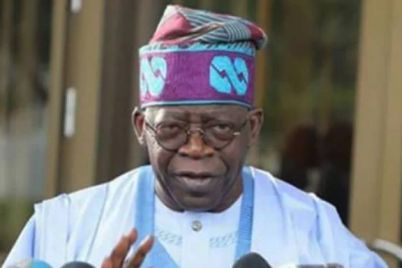 Why Tinubu’ll Not Get 10% Vote From Ekiti