In a release by his Special Adviser on Media , Comrade Mukhtar Gidado and made available to newsmen Tuesday, the Governor applauded the former president as one of the country’s most outstanding remarkable leaders who have made immense contributions to the development of our Nation.

He described the former military president’s life as one of achievements and invaluable contributions to the nation.

“With every passing day, the footprints the Gen Babangida in infrastructural development, political engineering and diplomatic leadership, stand out as iconic landmarks in our nation’s history”, Governor Mohammed said.

Still on Babangida’s unique place in Nigeria’s history, Bala Mohammed said: “Through consummate leadership, bridge-building and selfless service, he forged a nation that gave everybody a sense of belonging, gave Nigeria hope at its trying moment, respect in the West African sub-region and service to humanity.

The Governor further said “ all people of conscience are happy that, in the mold of all statesmen, at your 80th birthday, you remain a mentor and a patriot who epitomizes the deeper yearnings of Nigerians for a just, equitable, secured and prosperous society “ .

Governor Bala Mohammed prayed that the Almighty Allah , in his infinite mercy , will continue to strengthen and guide Gen Babangida in good health and wisdom to continue to provide leadership to the nation.

END_OF_DOCUMENT_TOKEN_TO_BE_REPLACED 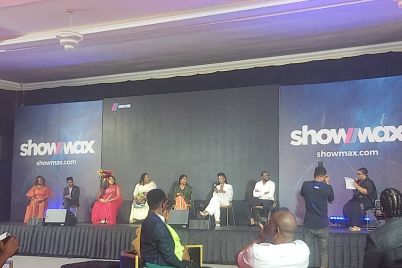 Showmax, an online movie streaming platform, has showcased its first original Nigerian series titled ,”Diiche”, to be premiered Sept.29. The…

COVID 19: Kuje discriminate against non-indigene in the distribution of palliatives