Activities are bracing up for the NSK Polo Tournament and cultural festival as part of events line up for the 2021 World Tourism Day Celebration holding in Argungu, Kebbi State from Saturday 25th to Monday 27th September, 2021.

Six number of Polo giant-teams and clubs drawn from various parts of the country are taking part in the five-day stretched program of events competing for various trophies put forth for grab.

Others are Gagdi Farms and Pali Resorts Polo Team, will battle it out for quite a number of high rated and prestigious trophies which includes the President’s Cup, Governor’s Cup and the Secretary to the Government of the Federation’s (SGF) Cup. As well as the Sultan’s Cup and the Emir of Argungu’s Cup.

The polo team of Weststream Ponies from Zaria, Kaduna State is led by Abdulkarim Jibrin, Treasurer of the Nigerian Polo Federation.

Organizers of the polo tournament promised that the tournament as part of activities lined up for the observance of the 2021 World Tourism Day is going to a spectacular sport tourism event with visitors and spectators expected to come from within Nigeria and beyond, including the neighbouring country of Niger Republic.

END_OF_DOCUMENT_TOKEN_TO_BE_REPLACED 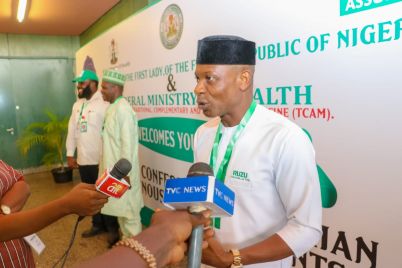