…Says Achievements Are EnoughTo Speak For Him

Bauchi State Governor, Senator Bala Abdulkadir Mohammed Saturday cautioned his supporters against destroying or attacking posters and banners of opposition candidates ahead of the 2023 general elections.

The governor who gave the warning at a PDP stakeholders meeting held at old Banquet Hall, Government House, Bauchi, said his administration will not encourage PDP supporters to engage in such act.

Governor Mohammed said his political style would be encouraging members of the opposition parties to join the ruling PDP led government through it landmark legacies of achievements.

According to him, “I want to use this stakeholders meeting to advise my supporters not to engage in destroying the posters and banners of other candidates especially those from the opposition parties.

“I am happy with the unity that is existing among the leaders and members of our PDP party in Bauchi state and I am happy to say that, with your support, we have made a giant strides in the sectors of infrastructure, agriculture, health, education, women and youth empowerment among others.”

He told the PDP stakeholders that one of the legacy of his administration is conducting local government election and therefore appreciated the performance of the local government chairmen in the area of empowering people at the grassroots.

In the area of empowerment in particular, the governor said his administration through it KEEP programme has empowered youth and women in 10 out of the 20 local government areas of the state.

Governor Mohammed called on party members not to use their political ambition to cause rancor in the party, but rather to work for the success of the party in 2023 elections.

“I want to inform all the aspirants of various elected offices that I have no preferred candidate, I will support the party to ensure justice in process of primary election.”

The Governor reaffirmed the commitment of his administration to see that all parts of the state are connected with electricity and water supply to improve their living conditions.

On his part, the Bauchi state PDP Chairman, Hamza Koshe Akuyam said the stakeholders meeting is to discuss and review its plan and activities ahead of the forthcoming general elections.

Hamza Koshe Akuyam who described the outcome of the meeting as fruitful, assured a level playing ground for all party members to contest for various political offices.

END_OF_DOCUMENT_TOKEN_TO_BE_REPLACED 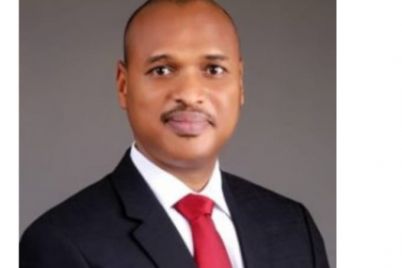 Former Vice President, Alhaji Atiku Abubakar has commended the Chairman, Board of Trustees, BoT, of the Peoples Democratic Party, PDP,…