The World Health Organization WHO has called on government in all tiers as well as development partners not to rest in their oars but step up actions and invest more in the fight to end TB in Nigeria.

Representative of the WHO, Walter Kazali Malombo, in a Goodwill message at the 2022 WTB Day Ministerial press briefing in Abuja, said the theme for this year’s TB day is apt and timely which calls for more rapid response by the Nigerian government to eliminate TB in Nigeria.

Dr Kazali who commended Nigeria government for the 2021 milestone achievement of a 50% increase in TB notification compared to that of 2020 with above 200,000cases despite the impact of the COVID 19 pandemic, stated that Nigeria is among the only few countries that registered increased TB case notification in 2021.

He explained the need for more resources to be invested by relevant stakeholders to ramp up the fight against TB in line with commitments to end TB made by global leaders including His Excellency, the President of Nigeria, at the first-ever UN High Level Meeting on TB in 2018; which Nigeria was to diagnose and treat 1,109,000 TB cases and place 2,183,890 clients on TB preventive Therapy (TPT) between 2018 and 2022.

He maintained that TB remains the top 10 causes of death worldwide and the leading cause of death from a single infectious agent with estimated 10 million people that had TB in 2020, with Nigeria and seven other countries accounting for two thirds of this global burden. Adding that Multi Drug Resistant TB (MDR-TB) and HIV co-infection is further complicating measures to address the burden of TB in countries.

He urged that the success registered by the country in 2021 should be sustained by facilitating all states to include TB in their health insurance schemes as they become operation.

While reiterating WHO’s continued support towards keeping TB control strategies up to date, strengthening partnerships, fostering innovation, finding missing cases and building capacity for all facets of TB control, he commended the minister of health for the inclusion of TB interventions in state health insurance schemes towards this; in addition to increasing counterpart budgetary allocation for current Global Fund grant.

Acting Board Chairman of the stop TB Partnership, Dr. Queen Ogbuji, Said stop TB has been dedicated to compliments the efforts of the government to end TB in Nigeria, as such expressed Joy in the case finding by Nigeria even though more work need to be done to end the scourge in the country.

She said the treatment to end TB remains critical in the contest of COVID-19 which is why the stop TB Partnership is calling on government at all levels to step up their efforts through sustained funding to end TB and save lives come 2023.

She also said TB remains an apidenmic that is a threat to life as such making a Clarion call for more committment and a more pragmatic efforts to eliminate TB in Nigeria cannot be overemphasized.

She said the event avails the stop TB Partnership to influence change , reduce stigma and instil public discussions in the fight against TB in the society.

END_OF_DOCUMENT_TOKEN_TO_BE_REPLACED 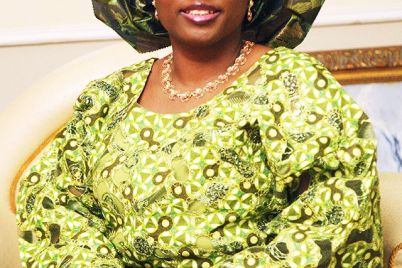 When Erelu Fayemi Committed A Sacrilege In Ekiti

I think I can say it nowThe time is ripeTo look back and do a recap of the good, the…