A former Chairman of the Nigeria Legal Aid Council, Chief Bolaji Ayorinde SAN has felicitated with a chieftain of the People’s Democratic Party, PDP in Oyo State, Hon. Dare Adeleke on his birthday describing him as a resourceful grassroots Mobiliser.

Ayorinde in a statement issued yesterday said Chief Adeleke has been a reliable friend and political ally since 1998, when Alhaji Yekini Ayoade Adeojo was the leader of the PDP in Oyo State and also Deputy National Chairman of the Party.

He stated that Adeleke, who is the  Executive Chairman of the Oyo Pacesetters Transport Company, Hon. Dare Adeleke has contributed positively and impacted positively to the growth of the company.

He noted that Chief Adeleke has continue to play a pivotal role in ensuring the apparent success of Governor Seyi Makinde in Oyo State.

He described him as a symbol of democracy, and role model, who made tremendous impact on the lives of people irrespective of tribe, religion, gender, social status or political affiliation.

Ayorinde lauded Adeleke’s dexterity and political sagacity as a democrat, and a loyal party man.

“You made tremendous impact on the lives of people irrespective of tribe, religion, gender, social status or political affiliation. Your urbane and cerebral nature has genuinely led you to provide job opportunities for the youths and helped them utilize their potentials and earn a decent means of livelihood without resorting to crime.

” A resourceful grassroots mobilizer, a founding member and a staunch loyalist of the People’s Democratic Party, (PDP), fearless upholder of the truth, a loyalist to the core, a man who takes a position and holds on tenaciously to it however intimidating the opposition.

According to Ayorinde, as the Executive Chairman of the Oyo Pacesetters Transport Services, Adeleke has proved himself a tireless worker and an administrator to watch.

He stated that Adeleke’s exemplary leadership style and innovative ideas have released a breath of fresh air into the transport company.

“Over the years, you have built bridges and maintained a large, dedicated and loyal followership and dominated Oyo state political scene like a colossus due to your kindness loyal support for our amiable governor, Engineer Seyi Makinde.

“On behalf of members of my family, I wish to felicitate with you on the occasion of your birthday anniversary. I join your political and business associates as well as admirers to celebrate a life of great accomplishments”, the statement added. 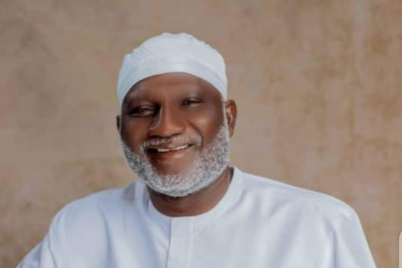 A former member of the House of Representatives and Chieftain of the All Progressives Congress, APC, Hon. Sunday Karimi on…