The Speaker, who was accompanied by two senators from the state and some members of the House of Representatives from within and outside the state, also paid a visit to the paramount ruler in the state, the Alaafin of Oyo, Oba Lamidi Adeyemi the Third.

Receiving the Speaker’s team in his palace, the Alaafin thanked Gbajabiamila, the National Assembly and the Federal Government for ensuring the projects were accommodated in the budget and completed. He also charged the lawmakers to do everything necessary to keep Nigeria one. The paramount ruler said there is no country without its challenges and Nigeria has gone through a lot and cannot afford to disintegrate. He also appealed to the Speaker to help ensure that the Erelu Oyo Water Scheme Expansion project is provided for in the 2021 Budget and that the Federal College of Education in Oyo is upgraded to the Federal University of Special Needs Education.

The Speaker thanked the Alaafin for receiving them, saying the Alaafin was a father to him and had shown up physically in the House chamber in 2015 to observe the election of Speaker. He said the royal father was saddened that Rep Gbajabiamila had not emerged Speaker then.

The speaker promised that the house will consider the two projects mentioned in the coming year’s budget.

The speaker and other lawmakers were then taken round the city where he commissioned three road and erosion control projects at Kosobo/Awe Road, Boro-boro/School of Science Road (Oba Adeyemi lll Road), and Amulekowo/Commercial Sec School Bridge, Koso.

END_OF_DOCUMENT_TOKEN_TO_BE_REPLACED

Members of the main opposition People’s Democratic Party, PDP in the House of Representatives on Tuesday staged a walkout from… 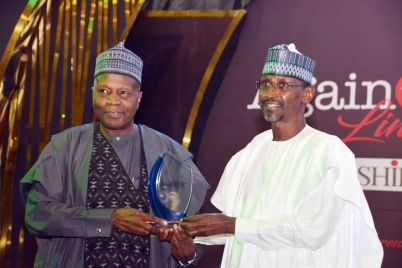