The Acting National Chairman of the ruling All Progressives Congress (APC) and the former governor of Oyo State Senator Abiola Ajimobi has tested negative to Coronavirus.

The former governor was said to be under intensed observation, as everything about his health was under control.

It would be recalled Ajimobi, who was admitted at the First Cardiology Consultants in Ikoyi, Lagos, was rumoured to have died last night of Friday but the news was quickly debunked by his media aide, Bolaji Tunji, stating that nothing of such happened.

END_OF_DOCUMENT_TOKEN_TO_BE_REPLACED 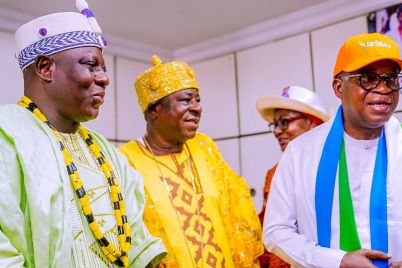