The United Nations has launched a poverty eradication group to confront the enduring, complex and multi-sided challenge posed by the scourge of poverty to humanity around the world.

Currently comprising over 30 founding Member States with the membership still growing, ‘Alliance for Poverty Eradication’ is the ‘signature event’ of the President of the United Nations General Assembly, Tijjani Muhammad-Bande, and is being chaired by Nigeria as its Interim Coordinator.

At the formal inauguration of the group at a High-Level Meeting on ‘Poverty Eradication Strategies’ in New York, Muhammad-Bande said poverty was the most “formidable obstacle to attainment of the Sustainable Development Goals (SDGs)”.

He said alongside quality education and inclusion, the eradication of poverty is among the key priorities of the President of the 74th session of the General Assembly and the number one of the 17 SDGs designed as a blueprint to achieve a better and more sustainable future for the whole world by 2030.

The President of the General Assembly regretted that poverty had become a blot on humanity’s conscience, pointing out that while poverty was bad, the COVID-19 pandemic has made the already bad situation to be worse.

“Before the onset of the pandemic, 2.1 billion people were classified as poor globally, with 767 million living in extreme poverty. It is estimated that by the year 2030, more than 100 million people would have relapsed into poverty, due to COVID19 and climate change,” he said.

To alleviate the problem, the group, he said, could pull together all the factors and interests in poverty eradication and serve as a one-stop networking, information sharing and bridge-building centre.

“The Alliance should provide a mechanism for interrogating the poverty challenge from all possible, or at least, multi-disciplinary, angles. There is no amount of time and attention given to poverty eradication that is too much,” Muhammad-Bande said.

The Charge d’affaires ad interim of the Permanent Mission of Nigeria to the United Nations, Amb. Samson Itegboje, in his remarks, said Muhammad-Bande had demonstrated his commitment to leave no one behind by launching the initiative at the outset of the decade of action and delivery for sustainable development.

Itegboje said: “Evidence indicates that poverty is the foundation of most social vices and crimes, such as terrorism, illegal migration, conflicts, violent extremism, intolerance, fraudulent practices, exclusion, piracy, human trafficking, drug trafficking and abuse and corrupt practices both in high and low places”.

The Nigerian diplomat, who chairs the group as the Interim Coordinator, said being the topmost priority goal of the agenda for sustainable development, eradicating poverty in all its forms and dimensions is important now more than ever.

“It is against this background that my delegation wishes to stress that time is ripe for the international community to develop structures and strategies to address the scourge of poverty.

“The Alliance for Poverty Eradication must therefore, offer hope and clearly point us to the right direction, particularly coming at a time when the dismantling of economic activities globally as a result of the Covid-19 pandemic, is projected to revise gains already made in the achievement of the 2030 agenda as well as push additional half a billion people into extreme poverty,” Itegboje said.

In a video message to the launch, President Muhammadu Buhari welcomed the launch of the initiative and conveyed Nigeria’s endorsement of all multilateral actions aimed at eradicating poverty.

“In these difficult times, it takes considerable boldness and courage to consider that which is in the interest of the greater good. The anchor members have done just that,” Buhari said.

The Nigerian president disclosed that about 54 per cent of Nigeria’s roughly 200 million people are in various forms of poverty and outlined plans by his administration to lift 100 million Nigerians out of poverty in the next 10 years.

In his remarks, UN Secretary-General António Guterres said stronger multilateral system was needed to help countries fight poverty and recover from the socio-economic impact of COVID-19.

President of the Economic and Social Council (ECOSOC), Amb. Mona Juul said the fight against poverty required the same level of urgency and seriousness attached to COVID-19 and pledged the full engagement of ECOSOC in the Alliance so as to leverage its “unique convening power” of bringing all the stakeholders together.

The launch marked the first ‘High-Level Meeting on Trends, Options and Strategies in Poverty Eradication in a series of annual ministerial level policy dialogues or colloquia on poverty eradication.

The event was also addressed by the UN Deputy Secretary-General Amina Mohammed and the leadership of the International Labour Organization, the Food and Agriculture Organization, the World Bank Group, UNDP, UNCTAD, Special Rapporteur on Extreme Poverty and Human Rights, among others.

END_OF_DOCUMENT_TOKEN_TO_BE_REPLACED 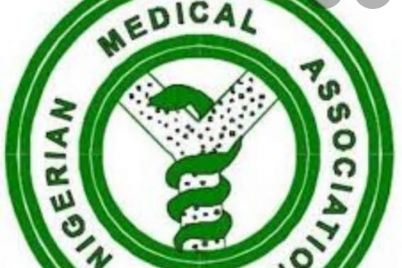