The remains of Senator AYO FASANMI, a leader of the Socio- Cultural Group, Egbe Afenifere (ILOSIWAJU YORUBA) who died on Wednesday at 94 will be intered on Tuesday, August 4th 2020 in Iye Ekiti, Ilejemeje Local Government of Ekiti State

This was contained in a statement made available to news men by Hon Folabi Fasanmi on behalf of the family, saying this was in accordance with the wishes and desire of the sage to be buried at the quickest possible time.

Hon Fasanmi revealed that a commendation Service would be held in honour of the Second Republic Senator in Osogbo, Osun State on Monday 3rd August this year.

He said that the family was overwhelmed by the outpouring of love and the display of appreciation and affection for the deceased,

According to him, ” the family is overwhelmed by the outpouring of love and the display of appreciation and affection for our father, a father of the nation who served humanity and God till the very end

“From the downtrodden, the common man, the rich, the poor, the church of God, the political class, Afenifere, APC, National leader of APC, South West Governors, the Senate president, the vice President, the Speaker of the House of Representatitves and the President, we are indeed most grateful

” For a man that valued modesty, contentment over avaricious living, prosperity for all over wealth for few, sustenance of good governance over bad leadership, the dream of seeing a better and greater Nigeria were his very last desires”

Hon Fasanmi however said that all the burial rites of the late All Progressives Congress, APC, Chieftain would be conducted in accordance with the protocols of the COVID-19 Pandemic especially the social distancing .

END_OF_DOCUMENT_TOKEN_TO_BE_REPLACED

The Screening Committee Of The Peoples Democratic Party, (PDP) has cleared the former governor of Kaduna State, Dr Mukhtar Ramalan… 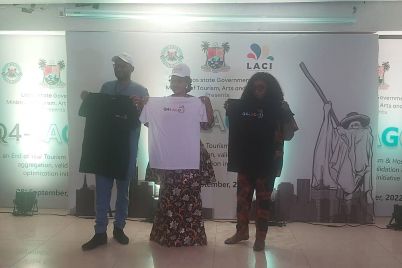