Hundreds of supporters of former Speaker of House of Representatives, Hon Yakubu Dogara who recently defected to the ruling All Progressives Congress (APC) in in Bogoro Local Government Area(LGA) of Bauchi State have formally defected from the PDP to join their Leader in the APC.

Receiving the decampees on Saturday in Bogoro, APC Chairman in Bogoro LGA, Haruna Rikaya explained that all those who defected from the PDP are faithful supporters of Yakubu Dogara who are always ready to follow him anywhere he is headed.

Rikaya also said that all the reasons advanced by Yakubu Dogara for returning to the APC from the PDP are genuine so the only option left for him on order to salvage his political future was to leave the PDP back to the APC.

The party Chairman then assured that all the decampees will be treated Equally with those they met on ground because according to him, what is more important is unity of purpose to enable the APC bounce back to regain power in subsequent elections starting with local government election in October this year.

Leader of the decampees, Bulus Iliya said that his decision to return to the APC was informed by the need to be united with his political Godfather, Yakubu Dogara stressing that, “in Nigeria politics, loyalty pays, therefore as a Political student of Yakubu Dogara, I will remain loyal to him”.

Bulus Iliya called on the Bauchi State Governor, Sen Bala Mohammed Abdulkadir to be just and fair in the conduct of the local government Councils election saying, “just as he got fair and just treatment in 2019 when he won the Gubernatorial Election, he should ensure that Whoever wins the election should be declared no matter which political party”.

Bulus Iliya declared that while in the PDP the Yakubu Dogara led caucus was treated with disdain without given any attention and recognition saying that, “we have therefore decided to retrace our steps and come back home”.

He therefore declared his intention to contest the local government election under the APC in Bogoro LGA calling for support from the people of the area stating however that, “we are back home now and never to go out again whether we win or lose election, that is politics”.
END

END_OF_DOCUMENT_TOKEN_TO_BE_REPLACED 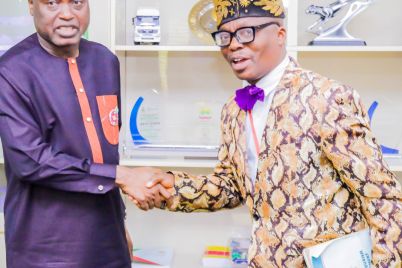 I mean itIt is unacceptableEven if it is innate in youWalahiYou must purge it outNo.No way.We are not going to…