The House of Representatives has Summon Finance Minister, AGF over $36.1m World Bank loan, $1.5m grant, just as the House commenced investigation into the payment of over N149.205 billion on crude oil lifting pre-shipment contracts paid by Federal Government since 2011 to date.

Chairman, House Committee on Public Accounts, Hon Wole Oke, who presided over the investigative hearing into the implementation of Nigerian Exports Supervision Scheme (NESS) vis-à-vis the payments of Pre-Shipment Inspection Agents (PIAs) and Crude Oil/Non-Oil Monitoring and Evaluation Agents (MEAs), expressed concern over the allegation bothering on the hijack of the statutory functions of the Department of Petroleum Resources (DPR) by the contractors.

According to the chairman, the CBN in its report exonerated itself from the processes leading to the award of pre-shipment contracts, adding that the contract substantive contract agreement with the contractors expired since June 2015, while other documents presented by the contractors merely showed extension.

Hon Oke who reiterated the resolve of the Committee to stamp out an illegal contracting policy observed that: “going by Ministry of Finance documents, over N194 billion has been paid out by the Ministry on a scheme that is illegal and without appropriation.”

While responding to questions bothering on the amount paid so far, the Chief Operating Officer of Cobalt International Services Limited, Mr Adegboyega Ogboye, said only N4.2 billion has been paid to the company since they were engaged.

In a swift response to his submission, the lawmakers who confirmed receipt of documents from the Central Bank of Nigeria (CBN) and Federal Ministry of Finance disclosed that total sum of N11.3 billion has been paid to the company, leaving a variation of N7.1 billion unaccounted for.

On his part, Hon Jonathan Gaza, who alleged that the contracts are being used to siphon public funds, argued that the functions performed by the contractors are duplications of DPR statutory roles.

In his intervention, Hon Solomon Maren, who described the payment as a breach of the 1999 Constitution (as amended) and extant financial regulations, queried the powers of Minister of Finance to authorised payment from the account belonging to the 3 tiers of government.

However, in his response, Mr Adegboyega who explained that the initiative was approved by the World Trade Organisation (WTO) with the view to save the capital flight by members states, adding that the contractors were engaged for non-oil assignments and that the CBN and the Finance Ministry were mixing them up as having been engaged in crude oil-related assignments.

The committee thereafter resolved to summon the Managing Director of the Banker to the company with the view to track the recipient of the N7.1 billion which was paid into Zenith Bank.

He also queried relevant regulatory agencies for failing to feature the illegality in their financial reports, with the view to expose corruption and financial impropriety.

Also during its sitting, the Committee Public Accounts for the umpteenth time-resolved to summon the Minister of Finance, Budget and National Planning, Dr Zainab Ahmed, over $36.1 million World Bank loan and $1.5 million grant from a development agency to some federal Ministries, Departments and Agencies (MDAs).

The lawmakers, who spoke during the investigative hearing, expressed grave concerns over the inability of the office of the Auditor-General to access the $36.1 million World Bank loan and the $1.5 million grant for the past three years.

END_OF_DOCUMENT_TOKEN_TO_BE_REPLACED 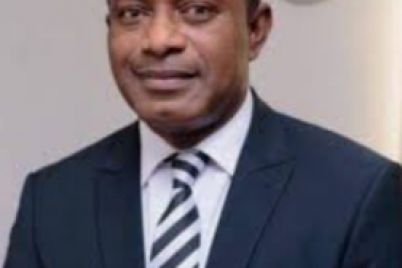 A Lagos Federal High Court, has remanded a Nigeria billionaire, Ukatu Afamefuna Mallinson, who was linked to the suspended Deputy…