The Speaker of the House of Representatives, Rt Hon Femi Gbajabiamila, on Thursday received the report of the Sectoral Roundtable Session (SRS) on Nigeria’s healthcare delivery system organised by the House Committee on Media and Public Affairs.

Receiving the report, titled the Green Book, from the chairman of the Committee, Benjamin Kalu, at the National Assembly, Gbajabiamila said the House would give more attention to issues of health, which he described as an important part of any society.

He said the 9th House has acted like no other House in the history of the Nigerian Parliament by taking some revolutionary steps in the health sector.

“We lay claim to the foundation for the revolutionary achievements we recorded. We have the Green Chamber magazine that educates the public about what we do. We now have the Green Book on sectoral engagements,” he said.

He said the theme of the book, Resilient Systems and Universal Coverage, “is very apt at this time,” noting that the House would look at it carefully and come up with sound decisions.

“I’m glad and happy with the outcome of this. It’s a good start for us. We’ll continue with the ‘greens’ and there will be many more ‘greens’ as we go along.”

Earlier, Rep. Kalu told the Speaker that the sectoral engagement was a proactive rather than reactive approach to engage Nigerians and that it was to critically examine the performance of the various socioeconomic sectors to identify and address certain gaps.

He said the maiden edition, which centred on the healthcare delivery system, had the participation of a wide range of stakeholders, both from within and outside Nigeria, who offered suggestions on how best to confront health issues in the country.

On his part, the Chairman, House Committee on Healthcare Services, Rep. Yusuf Tanko Sununu, thanked the Speaker for his commitment to the health sector and for giving them the opportunity to find solutions to some of the challenges in the sector.

He said despite several interventions by the 9th House, there are a lot of grounds to be covered in the health sector, hence the need for more efforts.

Also, the Deputy Chairman of the Committee on Health Institutions, Rep. Martins Oke, noted that the SRS was an opportunity to meet stakeholders and address issues from a professional angle.

The Director, Advocacy for Civic Engagement Centre, Obinna Osisiogu, whose organization is one of the CSOs at the forefront of the engagement, said they have confidence that the SRS would go a long way to addressing many health problems.

While thanking the Speaker for his commitment to the engagement, Mr Osisiogu said they looked forward to the implementation of the report.

END_OF_DOCUMENT_TOKEN_TO_BE_REPLACED 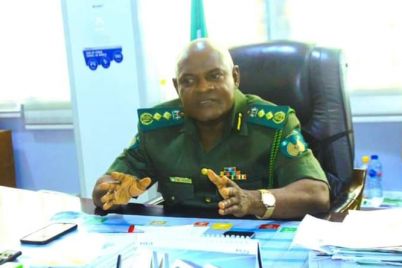 President Buhari reappoints Goni as Conservator General of the Federation.

By Sarauniya Usman, Abuja Account General of the Federation, Ahmed Idris, expressed shock to the sad news of the demise…