Bauchi State Governor,Senator Bala Abdulkadir Mohammed on Friday pledged the readiness of his administration to maintain its cordial relations with the security agencies working in the state.

The governor made the pledge when the newly appointed General Officer Commanding(GOC), 3 Division of the Nigerian Army, Jos, Brigadier General Bello Abdullahi Mohammed who paid him an advocacy visit at the Council Chamber, Government House, Bauchi.

Governor Bala Mohammed said his administration consider security of the state as very important and therefore stressed the need for critical stakeholders to help to sustain the peace and security currently prevailed in the state.

He congratulated the newly appointed General Officer Commanding of the 3 Division and urged him to use his vast experience to ensure positive changes in the security situation of Bauchi state.

The governor who recalled his relationship with the security agencies in the state, also pleaded with Brigadier General Bello Mohammed being the new GOC to work with stakeholders to enable him contribute in enhancing security architecture in Bauchi.

“On behalf of the Government and people of Bauchi state, we are pleased to welcome the brand new GOC to Government House Bauchi, the Army is a friend of Bauchi because we have seen how good they are since I assumed into office in terms of securing our safety and security.”

“Bauchi state is currently becoming destination for investment and therefore we must support our security agencies to secure the state.”

While commending President Muhammadu Buhari for the appointments of new Service Chiefs in the nation’s Armed Forces, Governor Bala Mohammed expressed confidence that they would bring positive changes in the security situation of Nigeria.

As part of his support for the welfare of Nigeria Army personnel, the governor directed for the connection of water pipes to Army Barracks Bauchi and for the construction of boreholes in Azare Army units to ensure supply of potable water.

Speaking during the visit, the newly appointed General Officer Commanding, 3 Division of the Nigerian Army, Jos, Brigadier General Bello Abdullahi Mohammed assured the governor on his desire to operate professionally in synergy with other security agencies and loyal citizens for sustainable security in furtherance of the Chief of Army Staff’s vision for the security of the country.

The GOC said the visit is to solicit for the governor’s continued support to the Nigerian Army and assured of the unflinching support and commitment of the force to the security of Bauchi state as they will do everything possible to ensure Bauchi is safe against all forms of crime and criminality.

“Your Excellency, I hold Bauchi with high esteem for so many reasons, you are aware on the current changes in leadership of the various formations of the Nigerian Army by the new Army Chief, Lieutenant General Attahiru Ibrahim. As usual, the new Army Chief came with a vision to reposition the Army for effective service delivery.”

“As Chief Security officer of Bauchi state, Your Excellency, we cannot succeed in the maintenance of peace and security without your support, and other stakeholders both political, traditional and religious leaders.”

“Your Excellency, at this juncture let me thank you on behalf of the Chief of Army Staff for your support and interventions to Army and other security agencies especially in the area of operational vehicles, schools renovations, water supply in the Barracks”. END

END_OF_DOCUMENT_TOKEN_TO_BE_REPLACED 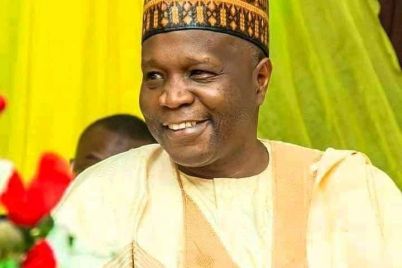 …As UNICEF Lauds Gombe Governor’s Commitment To Wellbeing Of His People From Segun Awofadeji in Gombe Gombe State Governor, Alhaji…