As such, Gbajabiamila said the House would do everything within its power to support educational institutions to have conducive learning environments.

This is even as the Speaker got praises from the management of the Lagos State University (LASU) for attracting various projects to the institution to aid learning.

Receiving the LASU management, led by the Acting Vice Chancellor, Prof. Oyedamola Oke, during a thank-you visit in his office in Abuja on Monday, Gbajabiamila said he was ready to attract more projects to the institution and others.

Welcoming the delegation, the Speaker said: “we’re excited to receive guests like you, because it’s part of nation building. Education is very important to us. It’s on the front burner of our agenda.

“So, whatever we need to do to improve education, we have to do it.”

Gbajabiamila expressed delight that the WiFi project he attracted to LASU had been of immense help to the students’ learning.

“I’m glad to hear that the Hotspot is working. In this 21st Century, we shouldn’t be left behind in Nigeria. The ICT facilities have to be used to aid learning.

Gbajabiamila was dismayed that some products of Nigerian universities did not worth their names due to poor learning, saying, however, that the House was ready to reverse the trend.

“We’re here for you. That’s why we’re elected. Whatever we can do, please let us know. I cannot sit here and say I know all the problems of universities.

“You have to tell us what your problems are. We’ll be more than happy. Whatever it’s within our power to do, we’ll do it. Thank you very much for coming.”

Earlier, the LASU acting VC, Prof. Oke, said the visit was to thank the Speaker for the various projects he attracted to the university.

“I’ll like to report that the digitalization project is on course, and it’s almost done. On the auditorium, the people you’ve sent have come and met us. We’ve identified a site for that, and it will soon commence.”

On his part, the former VC of the institution, Prof. Olanrewaju Fagbohun, who had led a delegation to the Speaker in 2019 to make request for the projects, said the Speaker’s interventions had started paying off as LASU was now Number 2 in the Nigerian universities’ ranking.

“When we came here in 2019, it was in trepidation. We knew we had challenges. We knew we wanted to compete internationally. But we couldn’t have done that.

“Today, you’ve put smiles on our faces. We are no Number 2 in Nigeria after University of Ibadan by the current ranking. Just like the VC said, we won’t disappoint you. We will keep faith to the ideals of the founding fathers of the institution.

“If we have all in place, nothing says that your university won’t become Number 1. The support you gave us in the area of Wi-Fi, that has helped a lot. The students are always around the Hotspot areas to use the internet for learning. Your name will remain indelible in the history of our university.”

Recall that earlier this year, Gbajabiamila facilitated the installation of free Wi-Fi in six public tertiary institutions in Lagos State for ease of learning.

The gesture on free Wi-Fi cut across both Federal Government-owned and Lagos State Government-owned tertiary institutions in the state. Tagged ‘Free Campus WiFi,’ the exercise was part of Gbajabiamila’s way of giving back to society, with a view to building a stronger education sector.

END_OF_DOCUMENT_TOKEN_TO_BE_REPLACED 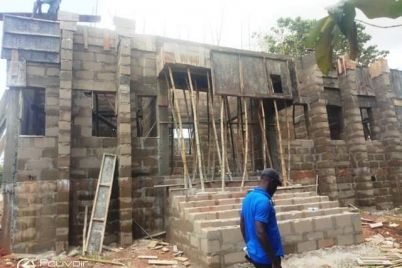 In his determination to ensure community development in Aniocha/Oshimili Federal Constituency in Delta State, the Minority Leader of the House…

…Says his administration will continue to support business and other sectors to thrive From: Segun Babatunde in Gombe Gombe State…