Speaking shortly after the exercise yesterday, where she visited the four correctional centers in Bauchi, Justice Rabi Talatu who is heading a Committee on criminal justice in the state, commended judges in the state for the timely disposal of cases, adding that there are very few cases awaiting trials are at the correctional centres where she visited.

She decried the situation whereby some cases which are civil in nature are being handled as criminal cases, saying that judges should be fair and just when handling civil cases.

According to her, “When you have a case of somebody owing another party and the aggrieved person decides to take the matter to court, instead of the judge to handle the matter in a civil manner, he would detain the debtor in prison. I have always warned judges against doing that, because there is no way for somebody who is indebted to a plaintiff to get the money to pay back while he is in custody”.

“There are always avenues and means by which one can recover such monies from the debtor because the procedure is quite explicit but when you take the person to court, detained him and you want your money back at the same time, it becomes practically impossible”

“Also, where you have a case where someone is accused of witchcraft, it becomes difficult for a judge to handle such a case because as far as I am concerned, it only takes a witch to identify another witch, so if you are not a witch how can you identify a witch. Sometimes, people can confess that they are witches, but for someone who denies being a witch, how can you establish that in a court of law.Such cases are technical in nature and i have always asked the judges to apply wisdom in handling cases like that” She said

The Bauchi Chief similarly warned judges not to allow people to use money as compensation as was the case in one of the sharia court where an aggrieved person is seeking for a compensation of N60, 000 from someone who bite his finger.

She assured judges in the state of her commitment of organizing workshops and other training that will update their knowledge to keep them at par with their colleagues in the profession.

During the cases review, five persons were released at Ningi Correctional centres, three at Misau and one each at Azare and Jama’are.

END_OF_DOCUMENT_TOKEN_TO_BE_REPLACED

The Member representing Obokun/Oriade Federal Constituency of Osun State, Hon Busayo Wole Oke has felicitated with the Ooni of Ife,… 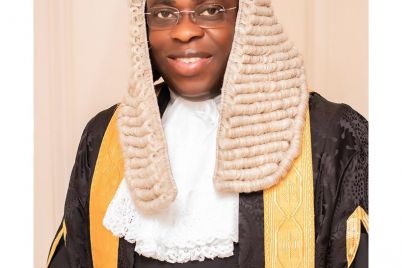 Securing The Independence Of The Judiciary: The Way Forward

By Abiodun Adediran Olatunji, SAN “All the rights secured to the citizens under the Constitution are worth nothing, and a…