The enatrange wife of Dr Rotimi Babalola the Chief Medical Director of Chevron Nigeria Limited, an oil explanation company has given insight as to why her marriage of 10 years is collapsing.

Narrating her plight since the crisis between the two love birds came into the open, Mr Adediwura Babalola said her neighbours had to rush out to rescue her, when her enatrange husband, Dr Babalola came to throw her and their 8 years old child into the streets of the highbrow Cooperative Village Estate in Badore, Ajah, Lagos State, where the couple live.

According to Adediwura Adebukola Babalola, her once sweet marriage which has lasted 10 years, started falling apart when her husband’s work schedule changed from his usual two weeks out and two weeks in to one month out and one month in.

She said her husband, Dr Rotimi Babalola, a Chevron top staff, in his capacity as the Chief Medical Officer, Chevron Nigeria Limited, gradually became hostile to her.

“We have been married now for ten years, we had our good times, though, when it was rough, it was really rough! We never lived as a couple on a stretch, he normally goes to work. He works two weeks in, two weeks out , later it was changed to one month in, one month out, so the times that it was good were when he came home after a long period that he had been away from home, he tried to be loving and at such moments i reciprocated.

“Though as a woman, i tried to cover up a lot of things because i wanted my marriage to work. I never dreamt that my marriage would end up like this. I’m that kind of person that when it comes to marriage, i try as much as possible, to make it work out by all means.

“I ignored the fact that he never allowed my family visit. My mother has never been to our home, even when i gave birth to my child, my husband said that he didn’t want to see any of my family members. My siblings couldn’t come around.

“I wasn’t particular about that because I could always go to see them. Suddenly he started becoming too involved with too many women, which i had to confront him several times. I won’t lie, i had to confront some of the women sometimes too. And I told him I did not understand the way our marriage, was going.

“He moved out of our home since January 1st. When he moved out, I learnt that he moved into his friend’s house in Victoria Garden City. I sent people to beg him even my family members, but he wouldn’t see them, and to those he saw, he told them that he is done. He left a message that he has been enduring the marriage for too long, that he is now ready to go and find his happiness that he is not finding happiness in this marriage anymore.

“I sent him a message that I have been doing the best I could in this marriage, but if that is what he wants, it is okay. So I allowed him to be.

“But only for him to come back and pack the whole household items, the beds, television, the chairs, he took them away during my absence.

“So I sent him a message that he can’t do that because he is making the house uncomfortable especially when I have an 8 years old child at home. He said he needed them where he was moving to. I didn’t argue with him. I just said it is okay.

“He said no that he doesn’t want any other person in his house. So my sister left that same day.

“He came home after then and removed all the solar system, the generator, the inverter and everything in the house disconnected the light. So I told a lawyer who wrote him a letter and his lawyer replied and called for a conference.

“Meanwhile to my knowledge he owns five houses in different places.

“Amidst sobs and tears Mrs Adediwura Babalola continued, “I rejected the offer because I asked him what will happen to my daughter and he said that’s all he can do. His lawyer called me back because he is a family friend, a Senior Advocate of Nigeria, that I should give him a chance to intervene in the matter. I have talked to him, please call him now and try to beg him. I did as I was told, but he refused to pick his calls. His lawyer was surprise because he told me that my husband had told him that he will pick my call and hear me out. He begged me and I listened to him as a father. My daughter called he didn’t pick the calls.

“I went to his Pastor at Winners Chapel, who also called him for a whole month, but he didn’t pick his calls. When he picked he told them he would see them till today, he didn’t go there to see the pastor. So the pastor gave up.

“The shock I received after he came again during my absence to pick the refrigerator dropping our cooked foods on the floor and disconnected the lights, landed me in the hospital. But he wasn’t done. He sent people to the house, soldiers, to come and take the only car which I use to move around and also take the child to school daily. That was when neighbours intervened, it actually took a Colonel in the eastate to stop those soldiers from dragging me away that day with the car. And the final straw was when he came home with some people and sealed the house throwing my daughter and I on the estate street. Of course the neighbours intervened again asking him what I have done that couldn’t be resolved within the family closet.

They asked him if it is adultery and he couldn’t answer because the neighbours know the quiet lifestyle I live.

After speaking to Mrs Babalola, We sought out an opportunity to talk to the husband, but all efforts proved abortive.

Meanwhile, according to one of the neighbours who would rather her name is not mentioned, said the estate neighbours had at different times tried to make the Babalolas seek peace but the husband doesn’t show up. “When he came to seal the house, we told him that he cannot do that, that he should take the matter to court, if he wants to divorce her.”

END_OF_DOCUMENT_TOKEN_TO_BE_REPLACED

The Coalition of United Political Parties (CUPP) has berated the Speaker of the House of Representatives, Femi Gbajabiamila over the… 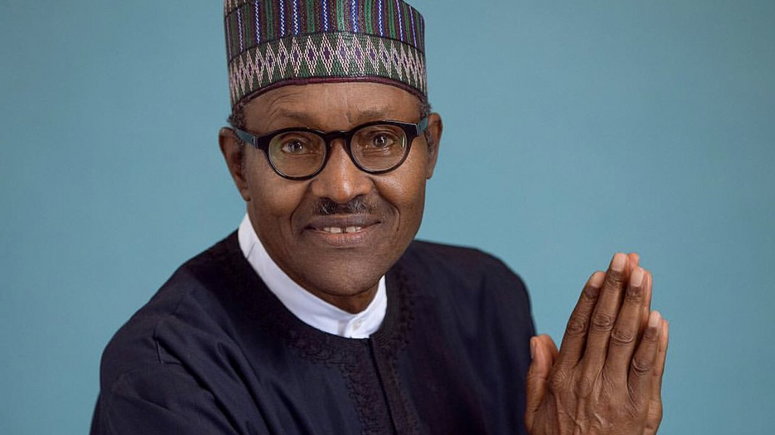