A group, The PDP ACTION 2023, has said that the best way for the party to come out of its current crisis stronger is
by presenting an acceptable candidate for 2023 presidential election.
Towards this end, the group has advised former Vice President, Alhaji Atiku Abubakar to stay off the forthcoming general election and play a fatherly role by offering advice to the party.
The PDP Action 2023 group, in a statement yesterday by its Chairman, Hon. Rufus Omeire, suggested that the presidential candidate of the PDP in the 2019 election should step aside and allow others, preferably the younger generation, to step forward.
According to the group, ‘The current crisis in PDP is a normal struggle in party politics. We believe PDP Governors and stakeholders will soon resolve the crisis and PDP will emerge stronger.
“For PDP to achieve this aim, it should present an acceptable candidate for President in 2023”, it said.

“It is a betrayal of trust for Alhaji Atiku Abubakar to neglect the feelings and sacrifices of ordinary voters who supported him and PDP in 2019.
“As the PDP was embroiled in crises, two weeks ago, one would have thought that as the last flag bearer of the party, that he would stay engaged to find a solution. No. He rather travelled to Morocco.
“Of course he is entitled to his family life and privileges. But it smacks of leadership incapacity to fiddle while PDP was burning.
“Recently, having realized the untenable position he put himself in, he sought to mitigate or soften the blow by leaking a letter he wrote to PDP NWC as an after-thought.
“In the said letter, he scandalously claimed that he has been living in Dubai for so long in order to improve on his education, to learn how to rule Nigeria. What a terrible reason? What an insult? We can’t be deceived again.

END_OF_DOCUMENT_TOKEN_TO_BE_REPLACED 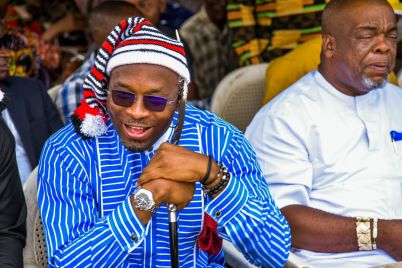