Traditional rulers in Funakaye, Nafada and Dukku Emirates of Gombe State have pledged their unalloyed support and loyalty to the administration of Governor Muhammadu Inuwa Yahaya for his avowed commitment to the development of their respective domains and the entire State within the last two years.

They made the commitment at separate meetings in Bajoga, Nafada and Dukku towns.

In a communique read by the Emir of Funakaye, Alhaji Muazu Muhammad Kwairanga shortly after chairing a meeting of traditional rulers in the Emirate, the Council said the endorsement was informed by the Governor’s commitment in carrying out meaningful projects that have direct bearing on the lives of the ordinary man.

The Emir observed that aside from the glaring developmental initiatives implemented by Inuwa Yahaya’s administration, his government has equally turned around the fortunes of traditional institution in the state through the upgrade of their status and upward review of their salary, allowances and otherj entitlements.

“Funakaye Local Government Area has so far received some portion of its democratic benefit under Inuwa Yahaya’s administration in the areas of road construction, upgrade of schools and healthcare facilities especially the ongoing multi-million naira overhaul and expansion of the General hospital Bajoga”

It was the same breath of support, cooperation and outright vote of confidence on Governor Muhammadu Inuwa Yahaya for his pragmatic approach to leadership by the Council of Traditional rulers in Nafada Emirate.

The Emir of Nafada, Alhaji Muhammadu Dadum Hamza while briefing newsmen on the outcome of their meeting held in his palace re-
affirmed the Council’s position to continually support the policies and programmes of Governor Inuwa Yahaya.

“The only tertiary institution took off as College of Legal and Islamic studies but it has now been upgraded by Governor Inuwa Yahaya to an NCE awarding institution as College of Education and Legal Affairs and by this development more Teachers will be adequately and consistently trained by the College to cater for our community schools”.

The monarch equally paid glowing tribute to Governor Muhammadu Inuwa Yahaya for reviewing the salaries of traditional rulers in the State.

The Emir of Nafada described the Construction of the multi-million naira abandoned Wuro Bapparu bridge linking Nafada, Funakaye and Dukku LGAs and the ongoing Lambo Dashi road construction project by Governor Inuwa Yahaya led administration as a demonstration of a realistic and purpose driven leadership.

Alhaji Muhammadu Dadum Hamza said the Council commended the Governor for inspiring the Gombe industrial park in Dadinkowa and creating the enabling business environment for the soon to be established Madugu Cement company’s operation in Kembu as well as reactivation of the moribund Gombe fertiliser blending plant to abandon for so many years.

“Suffice to say, our children now attend lessons in their various schools even during rainy season without any fear of being drenched by the rains as it was the case in the past when classes are conducted under a leaking or blown off roof, in additiona he established a teacher training institute in Kwami meant to build the capacity of our teachers. these educational policies informed my Emirate Council to confer on him the chieftaincy title of Wakilin Ilimin Nafada”

The chairman expressed optimism that all the acknowledged projects are visible to the admiration of all and sundry.

In Dukku it was that time to reel out the modest achievements of Governor Muhammadu Inuwa Yahaya and to unequivocally say one good turn deserves another.

And this was why the Emir of Dukku, His Royal Highness, Haruna Abdulkadir Rasheed told newsmen after chairing a meeting of traditional rulers in his domain that the Malala- Zaune-Dukuyel road is one monumental achievement of the Inuwa Yahaya’s administration that the people of Dukku will not forget in a hurry.

He equally appreciated the Governor for the ongoing construction of Dokoro road, the citing of the Police Training College in Dukku and the upgrade of Government Secondary School Dukku into a Special school among other educational interventions.

It was for this reason that Emir of Dukku said his Council deemed it imperative to endorse the Governor’s incredible performance and to equally pass a vote of confidence on his administration.

END_OF_DOCUMENT_TOKEN_TO_BE_REPLACED 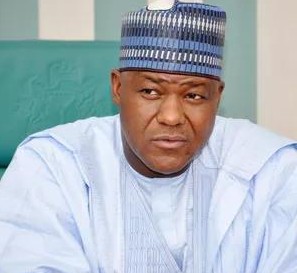 Form A Formidable Force With Tinubu-Dogara Urges Ameachi, Others

, Ameachi, Others From Segun Babatunde in Bauchi Having lost their bid to clinch the presidential ticket of the ruling…

– …….Charges Politians, Security Agencies To Ensure Peaceful Elections As the nation join the globe to celebrate this year”s Eid-el-firtt…