…each cost N25m, cars were refurbished, Supply as new

Economic and Financial Crime Commission may begin to beam it’s searchlight on the shady deals surrounding the purchase of over 100 units of lastest Toyota Corolla cars costing over N2.5 billion by the management of the National Assembly.

Some group of staff who petitioned EFCC and ICPC based their argument on the fact that the price for each fixed at N25 million was said to be too outrageous for that kind of vehicle at this point in time.
That sixty percent of the cars were refurbished in order to maximise gains.

Some of the beneficiaries of the cars who are mostly directors are also complaining that the car given to the were refurbished and substandard car.

The group are also calling on EFCC to investigate the purchase scam and punish whoever involved in the monumental fraud no matter how highly placed they may be.

The also wondered the need for such purchase at this period when the nation is facing hard times. It was also revealed that some of the supplies of the cars were on credit.

The group wondered that the capital votes meant to maintain the National Assembly Complex are being used for mundane and selfish contracts that have no direct bearing to the improvement both man power and physical structures in the complex..

The cars were purchased and shared among themselves wholesome staff that are loyal to the management equally benefitted, therefore setting the workers against themselves through divide and rule system.

The purchase is already creating disaffection among the too management that there were being cheated the in whole process, however vowed to expose all the deals going on the National Assembly.

It was also revealed that the directors meant to benefit from the purchase of the cars were denied, the claims by the office of the Clerk to the National Assembly was that some of those directors had already retired, therefore cornered some of the cars for personal use.

It would be recalled that similier purchase of cars to secretaries of over N4 billion is still generating heat. The contract was said to have been awarded to the wife of one the presiding officers of the National Assembly in compensations to what the husband did to one of the top most officer.

The purchase was said to be one too many and the distribution was said not to be thorough as the perceived enemies among the staff were totally sidelined.

END_OF_DOCUMENT_TOKEN_TO_BE_REPLACED

Over 500 people to get free Eye Surgery in Bauchi State

From: Segun Babatunde in Bauchi Over 500 vulnerable people are to benefit from a Free Cataract surgery sponsored by Bauchi… 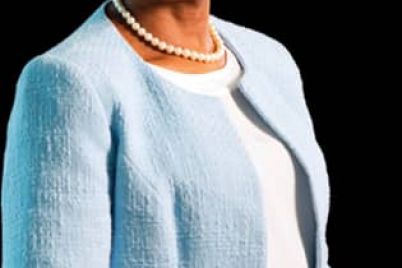 By Blessing David As the world celebrate the World Mental Health Day marked on 10 October every year, the World…