The suspension which was communicated to the Executive Secretary in a letter signed by the Secretary to the State Government dated the 14th of September was with immediate effect.

According to a Press Statement issued by the Special Adviser on Media to the state Governor, Comrade Mukhtar Gidado and made available to newsmen in Bauchi Tuesday night, the suspended Executive Secretary was directed to hand over the affairs of the Board to the most senior officer in the Board pending the outcome of an investigation that has been instituted by Government into the affairs of the Board.

END_OF_DOCUMENT_TOKEN_TO_BE_REPLACED

President of the Senate, Ahmad Lawan has called for better and more engagement between Nigeria’s parliament and that of Jamaica.… 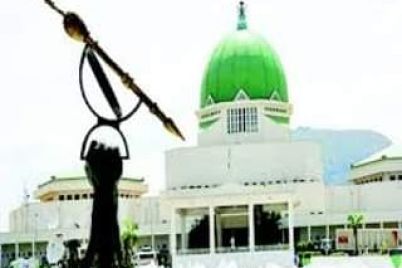 We Were Erred in Auctioning Of FG Assets: Minister Of Water Admits

the Minister for Water Resources, Engr Suleiman Adamu has admitted before the Committee of the House of Representatives that the…