A group under the auspices of Arewa Youths For Peace and Security AYPS has commended the North East Development Commission (NEDC) for building 3,500 housing units across the Six North Eastern States of Adamawa, Borno, Bauchi, Gombe, Taraba and Yobe State to ease the sufferings of the Internally Displaced Persons and people of the region.

Also, the group declared that the Commission under the able leadership of the Managing Director, Alhaji Goni Muhammad Alkali is changing the narratives of the North-East through rescue missions and initiatives of the federal government.

The group in a statement signed by it’s National President,Alhaji Salihu Magaji and made available to newsmen in Bauchi Thursday, said that when one considers the decay in infrastructures across the country and the bureaucracies that hinders the smooth operations of many government agencies and compare it with the successes recorded by NEDC, one will marvel at all it’s recent successes achieved in a short period of one year.

“The NEDC under Alkali is a leading horse in different rescue missions and initiatives of the Federal Government when it comes to changing the narratives of the people of North-East who have suffered a lot from various challenges that includes terrorism, banditry and kidnappings that have caused so many ripple effects. This would have taken the government several years to correct”

“In addition to the 3,500 housing units constructed in the six states of the Northeast region, other essential amentities such as solar-powered street lights and boreholes, a police-station and a motor-park were provided as well as the provision for schools. The NEDC also received food and other relief items to distributed to Internally Displaced Persons in the affected states”

“The commission also empowered many farmers by providing them with agricultural machinery and equipments, seeds, fertilizers, agrochemicals and extension services logistics vehicles annually under a programme tagged, “Integrated Agriculture”

“In the area of education, the NEDC built six blocks of classes in Primary Schools across the 112 Local Government Areas in the North East and it is working day and night to construct roads that defy efforts of past administrations. Some of these roads were designed by colonial masters, for example Alkaleri, Futuk road that likn Bauchi , Gombe, Adamawa and Taraba States, Kirfi Gombe abba road that linked Bauchi and Gombe State to mention Just a few” The group said

The group said that Goni Alkali has been known widely known as a great achiever over the years as he has acquired a sea of knowledge and experience from not just within the shores of Nigeria but also overseas, adding that the former executive director, operations of the Bank of Industry (BOI) is an alumnus of several prestigious universities including Bayero University, University of London, Havard Business school and the Columbia University.

END_OF_DOCUMENT_TOKEN_TO_BE_REPLACED 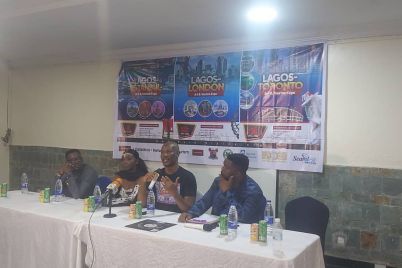 Biodiversity in Nigeria is under threat – National Park C-G

The Conservator General, National Park Service Dr Ibrahim Goni says biodiversity in Nigeria is under threat from a number of…