The Minority Leader of the House of Representatives, Hon. Ndudi Elumelu has taken a swipe on the ruling All Progressives Congress (APC) saying that the APC is hopelessly corrupt and cannot serve the interest of Nigerians.

This is just as the Minority Leader, at the weekend, received ovations and endorsements for his outstanding legislative activities as well as his constituency infrastructural and empowerment programmes.

Elumelu, who spoke while addressing a mammoth crowd at the PDP Mega Rally in Asaba, Delta State capital on Saturday, described the APC as a party of treasury looting and incompetent politicians, who do not keep their promises adding that the Peoples Democratic Party (PDP) is back to rescue the nation from the “corrupt and wicked” APC.

The Minority Leader stressed that whereas the PDP remains sincere, forward-thinking, development-oriented and always has the interest and wellbeing of the people at heart, the APC is insincere and completely anti-people.

Lamenting that the APC has reversed all the gains achieved by successive PDP administrations, Elumelu recalled how the PDP, upon assumption of office, cleared the nation’s debts only for the APC to wreck the economy and now resort to fresh accumulation of foreign debt to the detriment of the nation.

The Minority Leader however urged Nigerians not to relent in their determination, on the platform of the PDP, to rescue the nation from the stranglehold of the “corrupt and wicked” APC, come 2023.

Further in his address, the Minority Leader commended Governor Ifeanyi Okowa of Delta state for his massive development projects in the state. He praised Governor Okowa for repositioning Delta as a hub of development and good governance in the country.

Earlier, at a Town hall meeting at the weekend, the minority leader received accolades and endorsements from his Aniocha/Oshimili Federal Constituency, after presenting his scorecard of bills, motions, budget inputs and constituency projects for the period between 2019 to date.

The scorecard showed that Elumelu ranks among the most prolific lawmakers in the 9th Assembly in bills and motions as well as direct employment and economic empowerment of thousands of beneficiaries.

This is in addition to numerous road, electricity, housing, healthcare, ICT, education, maritime, transport, industrialization, agricultural as well as skill acquisition infrastructural projects among others.

END_OF_DOCUMENT_TOKEN_TO_BE_REPLACED 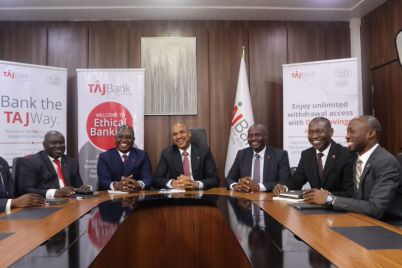