The BUA Group has said that despite its efforts to make cement affordable and available to Nigerians, its efforts have been stifled mainly due to the influence of middlemen and other competitors.

The Chairman and Chief Executive Officer of the Group, Abdul Samad Rabiu, disclosed this to State House Correspondents in Abuja when he visited the President, Major General Muhammadu Buhari (retd.), at the Presidential Villa, Abuja.

According to him, the Group had increased cement production and slashed the price by 10 per cent per bag. Still, the impact had not been felt primarily due to the activities of middlemen and other manufacturers who did not make corresponding efforts.

According to him, “I know everybody is talking about the high price of cement in Nigeria. And that is, of course, because we do not have enough capacity. When we started production, the fourth line in Sokoto a few weeks ago, when Mr President was there to commission the plant, we decided to actually reduce the price of cement by N350 per bag. And that is about 10 per cent of the price.

“So today, our price is N3,000 or N3,050 ex-factory, yet, that has actually not been reflected in the market, simply because the other two producers have actually not reduced the price of cement, so we’re having a challenge. We are actually in a quagmire now. We are discussing this because what is happening is that we have reduced, but the dealers and the distributors are the ones that are actually making the money. So, it’s a bit of an issue for us.”

He added that the Group is holding talks with other cement producers to reduce the price of cement in Nigeria.

Rabiu explained that “If you don’t have the support of all the players, it would not be possible. We actually thought that by reducing the price of N350 that the other companies would probably follow suit. That has not happened. And we have seen a situation where the price of cement is still high, you know, so distributors and the dealers are making almost N800 to N1000 per bag.

“That is unacceptable. Because the idea initially when we did that was that we want the situation where the end-users will benefit from the price reduction. So now we are contemplating whether probably we have to increase our price to the level of the other producers, which I think is N3,350 or N3,400.”

The BUA boss said cement prices will only stabilize when it increases its production volume in 2023 when its Sokoto and Edo mines are “up and running.”

Asked if the recent policy by the Central Bank of Nigeria to discontinue the sale of FOREX to deposit money banks by the end of the year would not affect the company’s prospects as it still imports some of its materials for cement production, he said, “I think the CBN made it very clear that they will always be there to support. The CBN Governor was in Sokoto when we commissioned the Sokoto plant. And he promised that he stands ready to support the cement industry and any industry in Nigeria today that is ready to add value to produce what we have here in Nigeria.”

END_OF_DOCUMENT_TOKEN_TO_BE_REPLACED

Japanese Govt. earmarks $260,000 to combat piracy, kidnapping in Nigeria, others 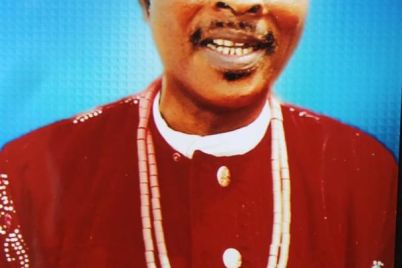 From Bola Ogunlayi, Ibadan. ﻿The Federal government of Nigeria led by President Muhammadu Buhari has been implored to release the…