In a goodwill message issued by Ismaila Uba Misilli, Director-General (Press Affairs) Government House
Gombe , and made available to newsmen in Gombe Tuesday, Governor Inuwa described Tinubu as a true great leader, democrat and large-hearted politician who sacrificed a lot for Nigeria.

He described as legendary and inspiring, his relentless commitment and love for the nation and democracy.

The Governor said with his pedigree and track records of mentoring, guidance and support for upcoming leaders to accomplish their dreams, Tinubu has written his name in gold in the annals of history and earned for himself, national and global accolades and respect.
Governor Inuwa who said the APC leader personifies courage in leadership and patriotism, saluted his abiding faith in ideals of democracy and the Nigerian project.

He also showered encomiums on the former Lagos state governor for his bridge-building and humanitarian disposition, his dogged commitment to the success of APC and President Buhari’s administration as well as the unity and invisibility of the country.

END_OF_DOCUMENT_TOKEN_TO_BE_REPLACED

Global Wissen Consult, a Sweden-Nigerian firm is partnering with education experts in Nigeria to boost digital education and enhance skills… 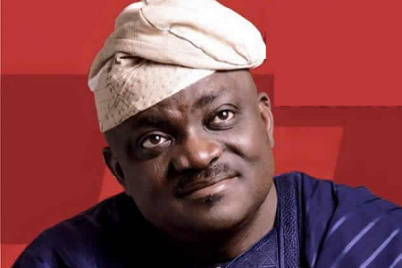 The House of Representatives Committee on Public Accounts, on Tuesday summoned the Acting Accountant General of the Federation,Mr Okolieaboh Sylva…