1.The court of appeal found that the Judgement of the lower Tribunal dismissing the petition of Adebayo Adelabu challenging the election of Seyi Makinde as the Governor of Oyo State in the election held on 9th March 2019 was perversed and therefore set the Judgement aside.

The Court Of Appeal In Her Lead Judgement which was agreed to by 3 Other Judges, Ruled That The Appellants, APC & Chief Bayo Adelabu Were Not Giving Fair Hearing By The Tribunal & Thereby Set Aside The Tribunal Judgement!

Bearing In Mind That Electoral Act only give a grace of 180days for THE CASE to be heard at the Tribunal,they affirmed that the Tribunal has duly spent her time and so nothing could be done on their pronouncement as TO THE VALIDITY OF THE ELECTION!
They therein resolved all issues in the favour of the Appellants with a Dissenting Judgement From A Judge but with a Proviso that *THEY CAN’T NULLIFY THE ELECTION OF THE GOVERNOR OF OYO STATE, ENGR SEYI MAKINDE

END_OF_DOCUMENT_TOKEN_TO_BE_REPLACED 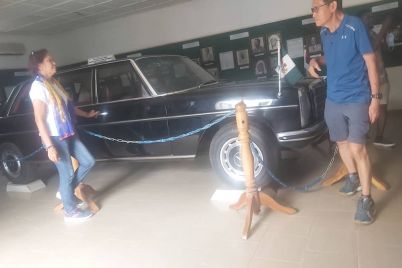