The Public Accounts Committee of House of Representatives, has summoned the Central Bank Governor, Godwin Emefiele and former Managing Directors of Nigeria Security Printing and Minting Plc, over allegations that the NSPM plc, has operated for 8 years, without a financial audit and a management board.

The Chairman of the House Committee, Hon Oluwole Oke, who was worried by the development ordered a thorough vetting of the agency’s operations both financial and administrative, since 2010.

The lawmakers issued the summons of MDs of NSPM and CBN Governor yesterday, after they found from the current MD, that the agency operated without a board and a financial audit, since 2012.

The current Managing Director of the agency, Mr. Abbas Masanawa, was represented by the Director of Finance, Mr. Augustine Omotoso, before the House panel, investigating the expenditure profiles of over 300 agencies of government.

Mr. Omotoso in the course of his presentation before the panel, confessed that there was no financial audit of the agency, since 2012. He also confessed that a board was yet to be in place, since he assumed office. The Central Bank Governor, is statutorily, the Chairman of the NSMPC board.

The NSMP Plc, was jointly established in 1963 by the Federal and a British company. It has since printed currency notes for the expenditure of the federation.

privatization of the Mint by President Olusegun Obasanjo in February 2002 was controversial, and Managing Director Sambo Dasuki resigned in protest.

In 2006, the Governor of the Central Bank of Nigeria, Charles Chukwuma Soludo, regretted that Nigeria was the only country in the world that had a mint but still imported currency, and announced plans by government to privatize the company.

Besides, the Public Accounts Committee has set up an inquiry into the project performance and expenditure of the Nigeria Content Development and Monitoring Board, Yenagoa, Bayelsa State, since 2010, when the board was set up.

The Managing Director of the NCDM board, Engr. Simbi Wabote, also confessed to the committee, that there was no properly constituted board of his agency.

Mr. Wabote who assumed office on December 12, 2016, also told the House Committee that “I didn’t meet any audited accounts”.

He said since its establishment on April 22, 2010, its board has never met, and that there was no external audit conducted on its finances.

END_OF_DOCUMENT_TOKEN_TO_BE_REPLACED

As motorists across the country gear up towards a hitch free year 2020 Easter celebration, the Corps Marshal, Federal Road… 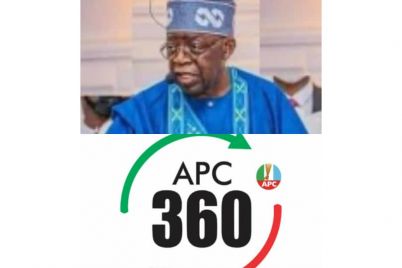