Management of the NHRC has again raise an alarm over the deliberate attack of the commission by the police.

After the inspection of the surrounding after the attack, we are of the view that the premises of the Commission was deliberately attacked by the police with not only tear gas canisters but with live bullets

At about 12.00hours this afternoon, being 23rd March 2020, the Commission was having a management meeting at the council chambers when we heard sporadic gunshots outside. When the management comprising all the Directors and the Executive Secretary came out of the chambers, we saw that the entire compound had been smoked and we all ran back into the council chambers because of the tear gas. When the effect of the tear gas reduced, the management went downstairs to assess the situation.
Having assessed the situation, we are of the view that the premises of the Commission was deliberately attacked by the police with not only tear gas canisters but with live bullets. The drivers door glass of One of the staff vehicles parked in the compound was pierced with two bullet holes while the driver’s door frame had a live bullet presently lodged inside it. The window panel of the glass window of the security gate house was also pierced by a bullet hole.
Now, this is not the first time the commission was attacked directly by officers of the Nigerian police Force. Several officers of the Commission investigating complaints of human rights violation have in the past been assaulted and intimidated by officers of the Nigerian police.
It will be recalled that on 23rd April 2018, the commission was also attacked by officers of the Nigerian police with tear gas which destroyed cars and smashed windows. This was reported to then Commissioner of police FCT and the then Inspector General of Police. Nothing to the knowledge of the Commission was done by the authorities despite all the complaints of the commission. The commission bore the brunt of replacing all damaged properties including staff and visitors vehicles that were damaged during that incident.

The present incident is one too many. The leadership and staff of the Commission have been severally threatened in the course of their official duties by police officers. This portends grace danger for the Defence of human rights and fundamental freedoms in Nigeria. The premises of the Commission just like the courts should be one of such place where every Nigerian should feel free, where human Rights must be respected and staff should be able to carry out their constitutional mandate without fear of intimidation. We view this as an attack on the Commission and further confirms our belief that most of the officers of the Nigerian police act with impunity with regard to their law enforcement duties.
The police supposedly tear gassed members of the banned IMN who were peacefully processing along Aguiyi Ironsi street where the head office of the NHRC is located. But the attack was deliberately targeted at the commission. Other government agencies along Aguiyi Ironsi street may have felt the effect of the tear gas, but none of them reported live bullets shot into their compounds destroying official and personal properties. These constant attacks by the police has made the work of staff and management of the Commission more risky than that of other non uniformed government agencies.
The Commission requests that there must be accountability for these attacks. It is because the earlier attacks were not punished that this reoccurrence has happened. We therefor call on the Commissioner of Police FCT, the Inspector General of Police and the Hon Attorney General and Minister of Justice to take immediate action in line with their duties to safeguard the Commission in the performance of its duties.

END_OF_DOCUMENT_TOKEN_TO_BE_REPLACED 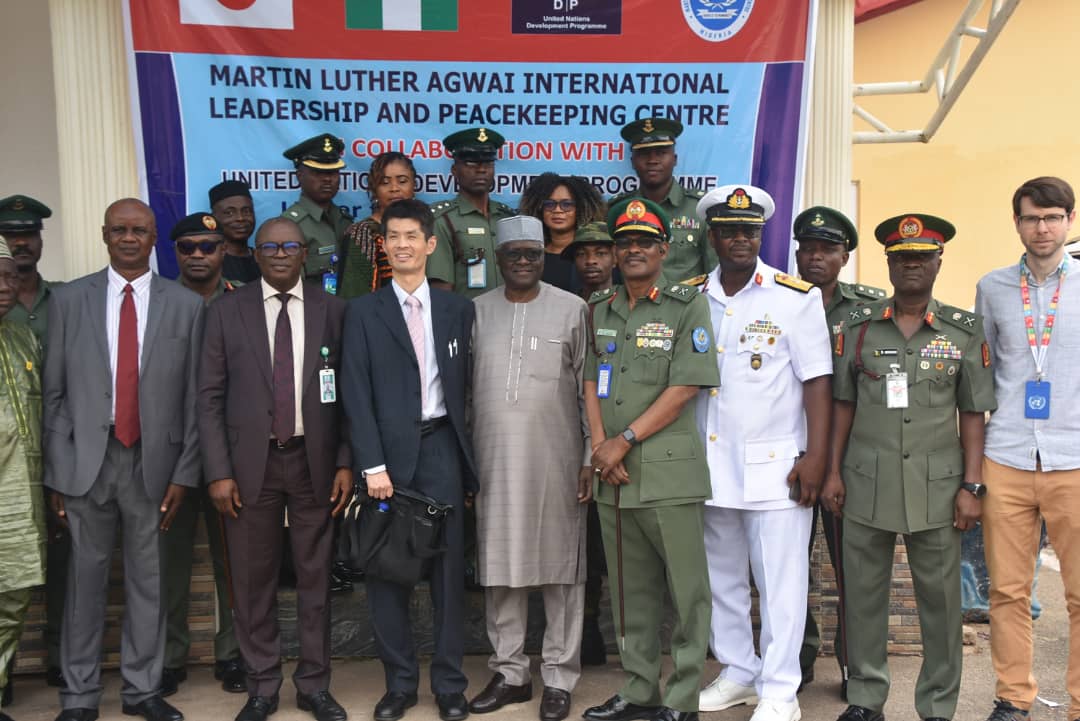 ….As Tambuwal intensifies efforts on peace moves, meets CAN Chairman The Chairman of the Nigerian Bar Association (NBA) Section on…