The Management of the National Council for Arts and Culture has mass produced Cultural face masks, sanitizers, information manual and jitters for immediate distribution to Media Houses and Cultural Stakeholders nationwide for effective coverage of the deadly coronvirus pandemic ravaging the globe.

The Director General of the Agency, Otunba Olusegun Runsewe who disclosed this to news men in Abuja on Thursday while unvieling the package said the items which were hundred percent local contents would be distributed to both Journalists on the field and those in the newsrooms free Nationwide

Runsewe who is also the President, World Crafts Cultural Council said that the Council was more concerned about the health conditions of the Media practitioners in the country who were being exposed to dangers in the course of their professional calling unlike the health workers with adequate insurance and incentives

According to him, “we commend the Nigerian Press for rising to the occasion by ensuring the timely and effective dissemination of adequate and correct information about the pandemic, we call on the Press not to relent on their oars in sensitising the masses and mobilising efforts and resources towards eradicating the pendemic

“The use of Nigerian fabric for the face masks has vindicated my earlier position that we must continue to look inward for the diversification of our economy and creation of jobs, if we didn’t introduced this local one, Nigerians will still continue patronise the fake imported face masks and sanitizers”

This came just as Runsewe appealed to the Ebonyi State governor to resolve the face-off with Journalists in his State amicably in the overall interest of the state and the country in general, bearing in mind that all hands must be on the deck for the eradication of the deadly coronvirus scourage in the country.

On how to further curb the further spread of the pandemic in the country, Runsewe said, “relevant government agencies, Traditional rulers and Opinions Models across the country must now step up public awareness while each state should establish a Neighbourhood Forum where authentic information about the virus can be easily accessed

According to him, “it is my opinion that a National Document on COVID-19 be published at the end of the victory over the pandemic, this will be a compendium on how the disease came to Nigeria and how it was fought and defeated”.

The NCAC boss who commended President Mohamodu Buhari for the effective steps taken so far to end the pendemic in the country commesurated with him and Nigerians in general over the demise of the Chief of Staff to the President, during the critical period

END_OF_DOCUMENT_TOKEN_TO_BE_REPLACED

Mallam Nasiru El-Rufa’i, governor of Kaduna State revealed how he nearly died in the hand of corona virus, stating that… 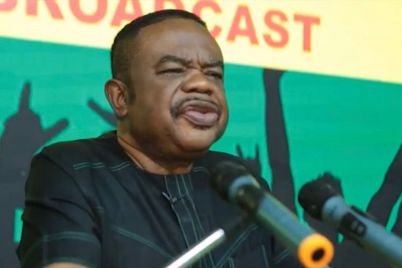 The Copyright Society of Nigeria (COSON) has called on Nigerian creatives, musicians and artistes to intensify efforts in promoting national…