This decision is sequel to the circular earlier sent the National Assembly by the Commission reversing the new staff condition of service.

In reaction to this development, the embattled Clerk, Ahaji Dani Ataba Omolori issue a release urging staff to discontantence the circular, it was as a result of this that the Commission has to issue a query that he should respond with 24 hours.

END_OF_DOCUMENT_TOKEN_TO_BE_REPLACED 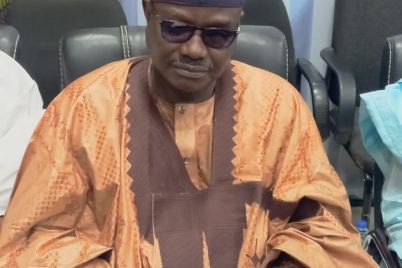 *Pledges Continuous Support to the Nig Defence College By Sarauniya Usman,Abuja The Accountant General of the Federation, Ahmed Idris, has…