Worried by the incessant increase in the electricity tariff, House of Representative has called of the federal government to intervene with a view to reducing the pains inflicted on the masses

The House urged the Federal Government to ask the Nigerian Electricity Regulatory Commission (NERC) to suspend a fresh increase in electricity tariff proposed to take off next month.

It said the majority of Nigerians could not afford the additional burden of a fresh tariff hike amid the hardship they already faced.

In a resolution passed in plenary in Abuja on Thursday, the House noted that the COVID-19 pandemic and other factors such as unemployment, insecurity and hunger had dealt a heavy blow on Nigerians, adding that a new electricity tariff raise could only worsen their situation.

The session, which was presided over by the Deputy Speaker, Rep. Ahmed Idris Wase, in the absence of the Speaker, Rep. Femi Gbajabiamila, recalled that Distribution Companies had increased tariff five times since 2015.

According to Rep. Aniekan Umanah, who moved the motion on the subject, the fifth time the DisCos raised tariff since 2015 was on January 1, 2021.

The House said more annoying was the fact that power consumers rarely received commensurate electricity supply in comparison to the arbitrary tariff increase by the DisCos.

“Also recalls that the Act prescribed its funding from 15% of electricity charges paid by customers to Distribution Companies;

“Aware that NERC, working with Distribution Companies, has increased electricity tariffs five times since 2015, the latest being on 1 January 2021;

“Also aware that despite those increases, Nigerians have not enjoyed significant improvement in power generation, instead they daily grapple with epileptic services from the DISCOs and unilateral exploitation in the name of estimated billing arising from non- metering of over 50% of consumers;

“Observes that poor services by the DISCOs have impacted negatively on the socio-economic growth of the country as the International Monetary Fund (IMF) Report of 2020 on Nigeria indicated that the manufacturing sector lost over $200 billion to inadequate power supply while a whopping $21billion was said to have been spent by Nigerians on generating sets within the period under review;

“Further observes that the Nigerian masses have gone through so much hardship in recent times arising from acts of terrorism, banditry, kidnappings, farmers and herdsmen’s crisis with its toll on agricultural activities, displacement from ancestral homes, loss of loved ones, starvation arising from inability to return to daily occupation and loss of personal properties running into several million of naira;

“Concerned that at a time governments all over the world are adopting measures to cushion the devastating effects of the dreaded COVID–19 pandemic on their citizens by providing a wide range of palliatives to losses of loved ones, jobs, businesses and general distortion in the social life, NERC is tinkering with the idea of a further increase in electricity tariff after that of 1 January, 2021, in a country where 2/3 of the 200million population is grappling with the crippling effects of the pandemic;

“Also concerned that the current economic recession made worse by hyperinflation has resulted in skyrocketing prices of foodstuffs, while the increase in prices of Petroleum Products has also triggered the further increase in transport costs and rents with unemployment rates at a frightening 33.3% while the spending power of an average Nigerian has drastically reduced, any further hike in electricity tariff at this time will amount to overkill, lack of empathy and height of insensitivity.”

The motion was passed in a unanimous voice vote.

END_OF_DOCUMENT_TOKEN_TO_BE_REPLACED

… Chairman, Federal Civil Service Commission and Head of Service for the Federation are expected to appear before the House… 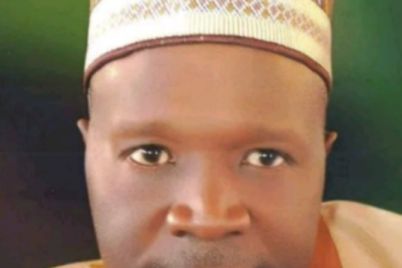 From: Segun Babatunde in Gombe Gombe State Governor, Alhaji Muhammadu Inuwa Yahaya has ordered the suspension of the General Manager…